It’s been a while since my last blog for the web site, although you can keep up with things at carp fishing HQ on Facebook. I left you with me looking for some big common carp. My favourite species when it come to big carp. Well I moved over to a mid Kent Fisheries venue to target some big commons, before that though I had a winter ticket on Abbey lakes in France. So late November saw me set up on Heron lake in Bedfordshire, one of the lakes on the complex holding large commons with Simon my French fishing partner who makes these trips more memorable. 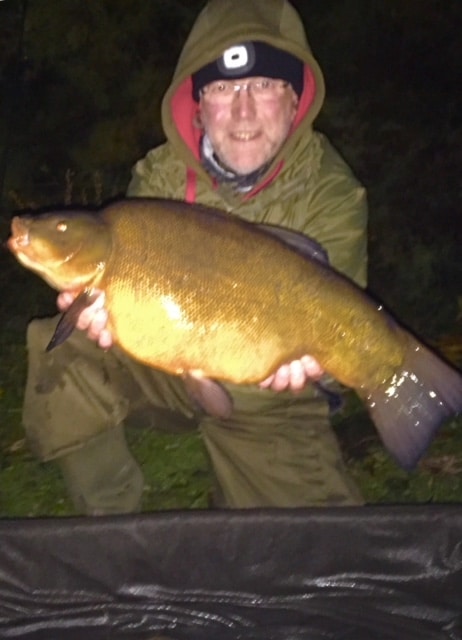 The lake was still very weedy and with big winds forecast it was going to be tricky presenting our rigs in the right places. We started by finding likely clear spots next to the weed beds. I chose to use my regular ground bait mix to open up these spots with fish feeding over them. This proved very effective with some surprisingly big Tench. The first bite was a tench of 12lb, next was a carp of just under twenty pounds, then a fish I never expected to catch: a Tench of over 14lbs. Very pleased with that, caught with a snowman set up over the ground-baited area. The best was yet to come off that spot; a big common carp of 55lb and a good friend to share it with. 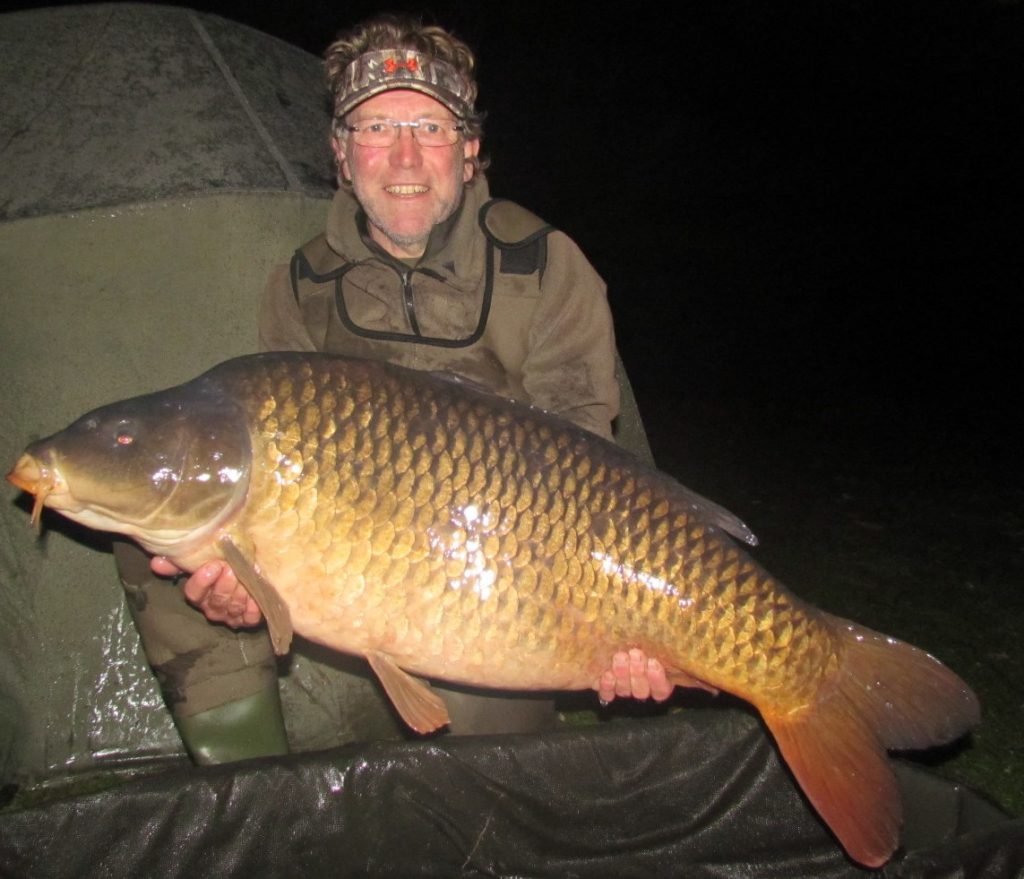 More tench followed but no more carp. Well that great common just inspired me to get back on the same lake as the 47 mirror, there was a common that had eluded me since it’s growth well into the forties. Another weedy water so the ground bait tactic that worked so well in France was the way to go I felt. I decided to fish again next to some big weed beds. A word of warning if you intend to fish this way, you must have very strong tackle and a boat at hand in case you get weeded up by a large carp. Under no circumstances should you pull for a break from the bank.

Some nice fish graced my net mainly smaller commons and a very welcome mirror of 42lb.It happened early morning with a pair of buzzards screeching very low just over my head a slow pick up on the right hand rod which kited to my right thankfully away from the big weed bed. A long battle ensued when the fish decided that trying to get into the weed bed was its best option of escape. Heavy pressure and side strain coupled with the 18lb shimano titanium line held firm with the size 6 hook held firm. As I was playing it near the margins I could see it was a very big common carp. It seemed an age before I could pull the fish over the net cord, it looked huge with carry some spawn. Steve on the other side of the lake could see I’d landed something big, wound in to come over and help with the weighing and photography. She was 46lb of fantastic English common carp. 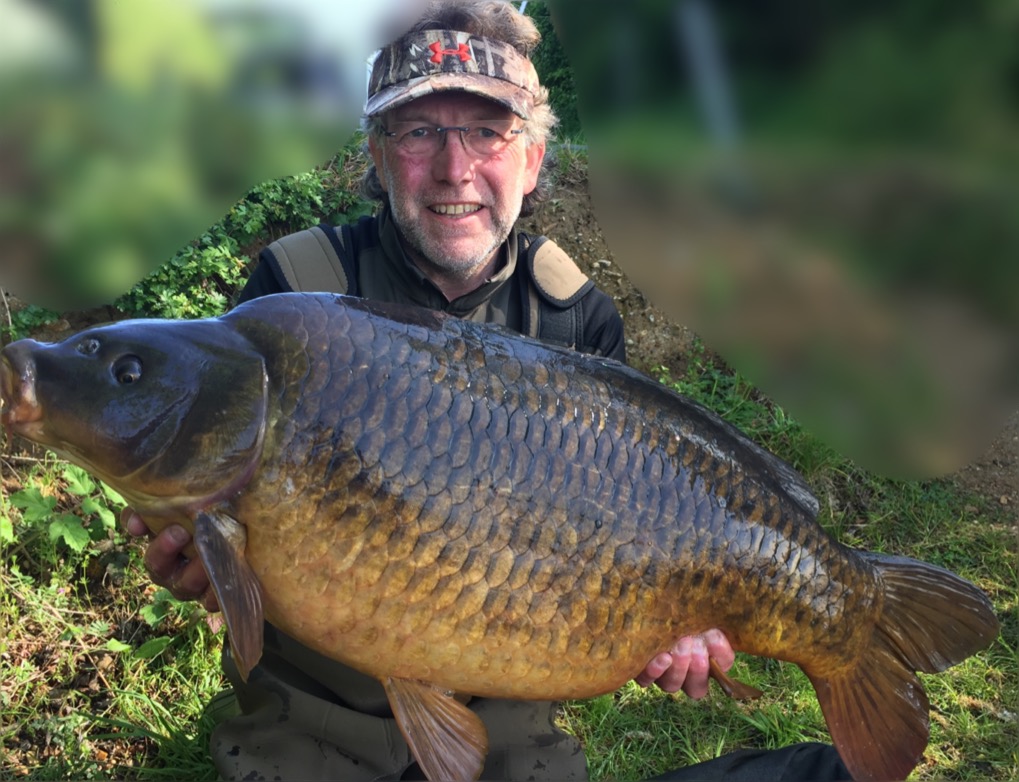 So that was it for me there for a while, the next few months saw me at the mid-Kent water after some more fantastic commons. First night back and I landed a common of 32lb, same method as it had been doing the business from France and U.K. Venues: snowman hook baits with the ground-bait. Wasn’t sure it was going to work this time as there is no weed at all. A few fish came to this method but it was clear that a change was needed. So a new bait was introduced from SAE baits. This was something a bit different that my brother in law put me on to, coupled with some old Nash spirelina hook baits. By gaining with a blow back style bottom bait, this seemed to get the catch rate going again with a few twenties and doubles. Two more lovely commons of 35 and 32lb came along before the cold winter started to bite by the end of December. Up next is a long drive down towards the south of France on a new venue, will let you know how the goes in a future blog. 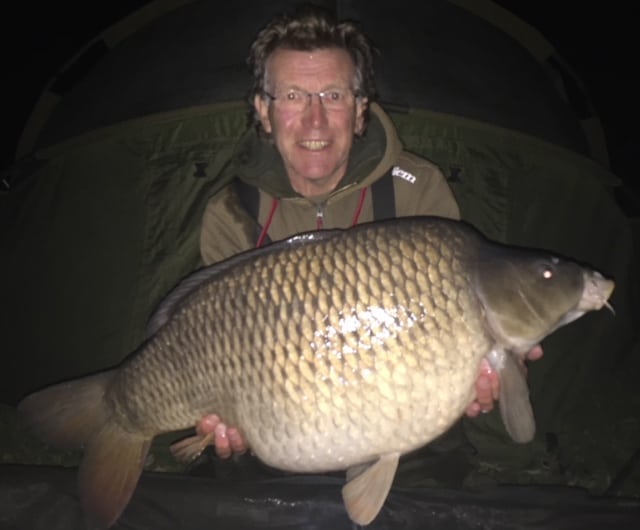 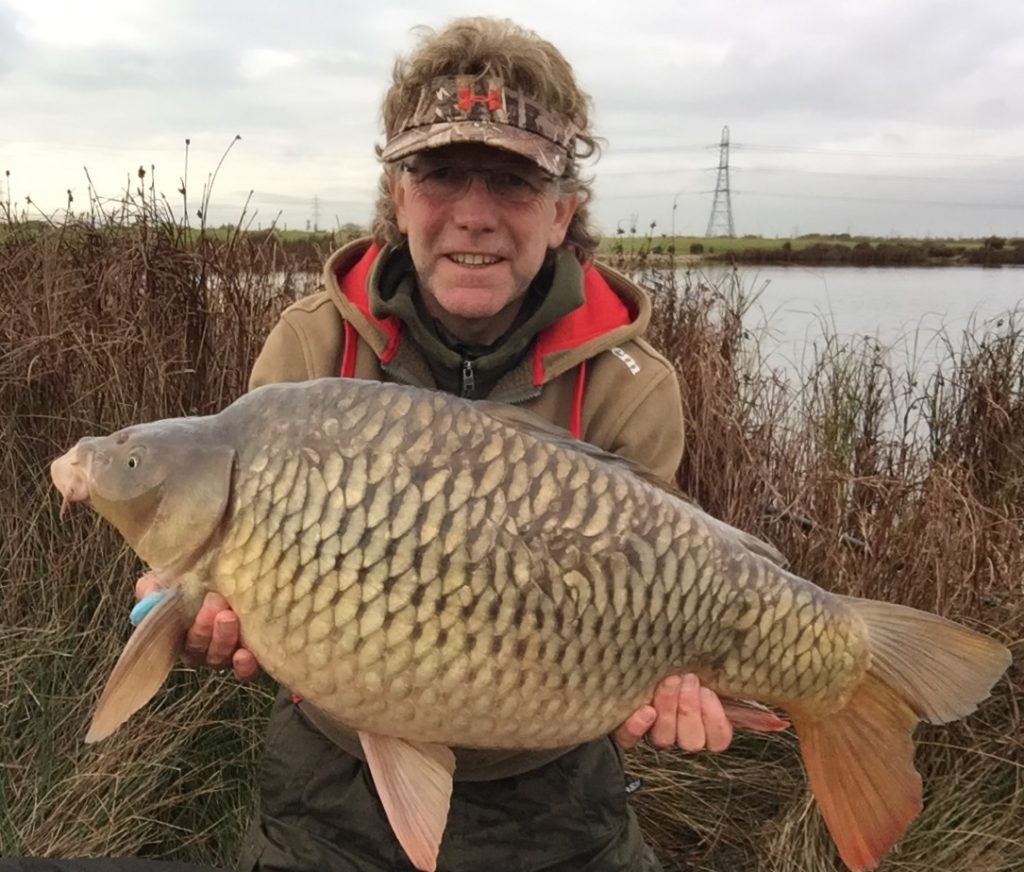 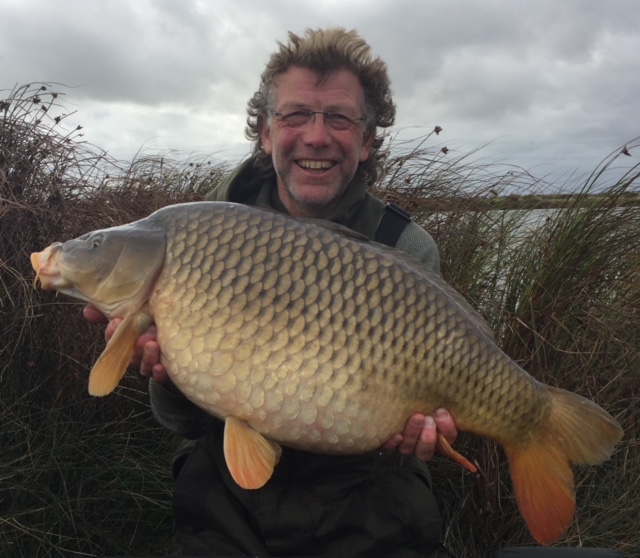 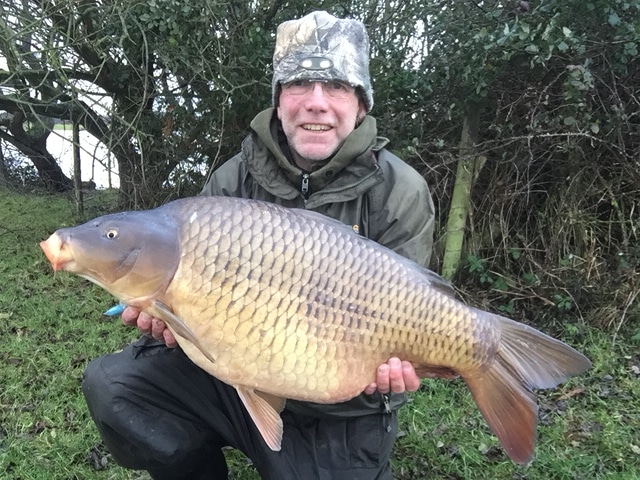