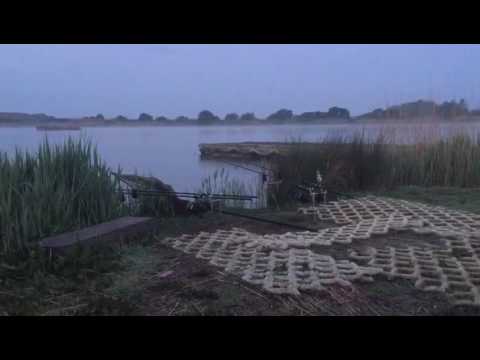 My recent fishing has been very successful on a personal basis. I’ve been targeting a lovely big English linear mirror in Hertfordshire. In the past I’ve not really targeted a particular fish and it was something I really wanted to change, to catch this fish and felt my approach until recently wasn’t getting the results I was looking for. 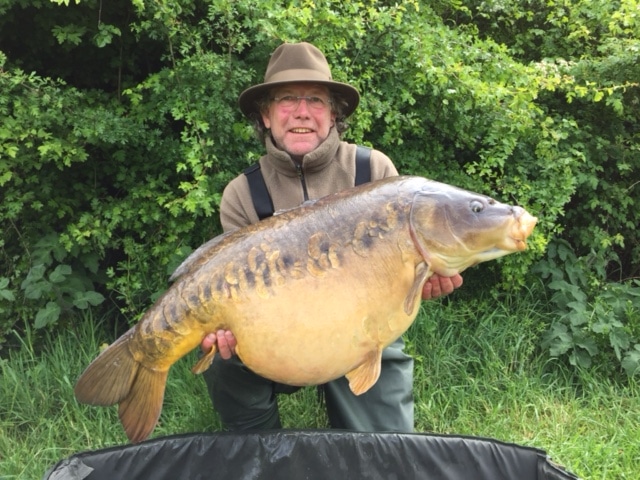 Early one morning, I awoke to this beautiful sound – one of the hidden benefits of carp fishing!

So I changed my fishing solely with the aim of catching this fish. First thing was to find out how and where she gets caught. This gave me a game plan of where to fish and importantly weather conditions. Another important factor was ditching the bivvy for an umbrella and being able to move at a moments notice as conditions dictated or just didn’t feel like I was in the right place. Leading up to the capture sometimes you just know you need to be on the bank, as if you can sense something is going to happen. This was one of them times, things didn’t quite go to plan and I didn’t get to the lake until 11pm at night. Luck was surely on my side as a trip round the lake revealed I was the only one on.

So I set up where my target fish had been caught in recent times. By the time the spots had been sorted in the dark and I had sat down for a cup of tea it was 1am in the morning. First light and nothing had happened and the wind had completely changed direction and now blowing right into the big bay at the other end of the lake, so a quick cup of tea and I was on the move to the other end of the lake. The only action I received after 3 hours was the crows eating my bait that I had left by the car. This still didn’t feel like the right place to be, so the rods were wound in and went for another walk round, still the only angler on the lake, so had to take full advantage of this good fortune.

So another move was on the cards, I just spotted a fish move on a spot not reachable because of over-hanging trees. This spot was always good for a bite from some of the biggest fish in the lake some years ago. So the waders went on to walk out far enough to get on the spot. One rod and thirty baits fired out with the throwing stick and the trap was set with on old set up I had recently gone back to. 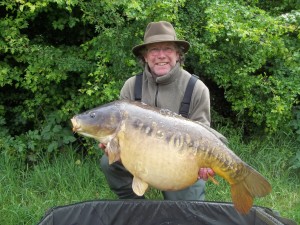 Getting the Right Bait & Rig

This consisted of the stiff hinged rig but fished with an 18mm bottom bait. This was to counter the continuous picking up by the bird life on this particular lake so the rig sits back down in a decent presentation. Two hours later the line tightened and the fish on, kited out into the centre of the lake. Twenty minuets or so the fish was near the waiting landing net, the fight was not over yet as she went over the net cord and turned violently away from the net.

It seemed like an age before she was back in the net and I was able to lift it safely so there was no escape for the second time. Standing behind me was good friend Tim. He had just turned up in time for me to enjoy the capture with him, the scales were set up with the weight of the sling and up she went on the scales all 47lb of her. The celebratory cup of tea was certainly enjoyable. So what’s next? Well another lake closer to home holds some big commons, so next week one of them would be a real treat. Will let you know next how that is going, you can continue to follow my progress on the Facebook group below. Trev