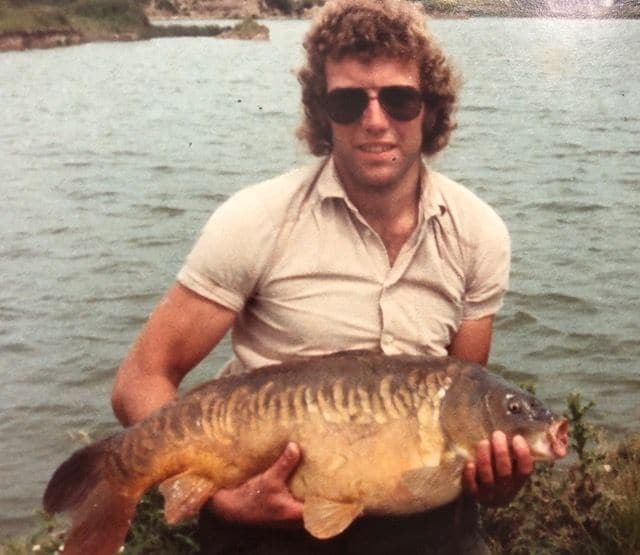 Nickolls carp fishing lake at Hythe has been known by several names over the years, I’ve always referred to it as simply as the pit. With the current take-over by a new company to run activities as from June 18, I’m being asked if I know what’s going on almost every day. I thought this would be a good time to remember some great years and some of the anglers who have cut their carp fishing teeth on the much loved carp fishing venue.

Lets start with my introduction and my carp fishing early years on the pit. Some of us remember the old Baliff Dave Roper who used to walk round day and night with his shot gun under his arm. I think we were all a bit intimidated by him when we were young. Some very good anglers started catching some of their first carp on the hundred or so acres as it was in them days. 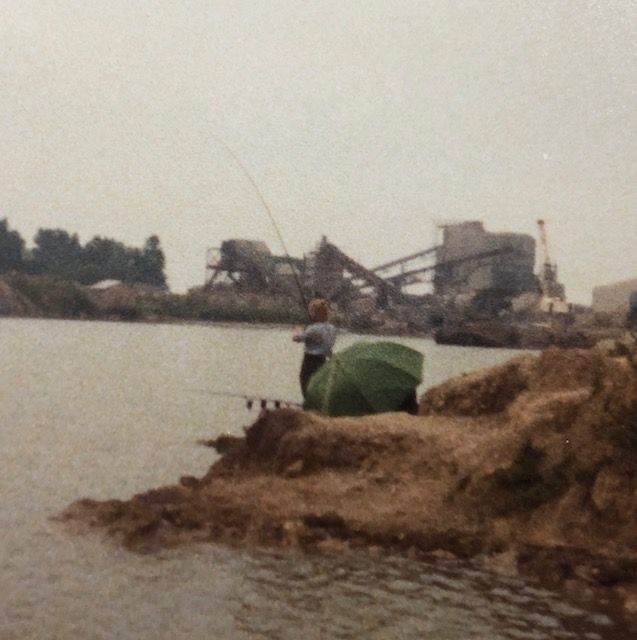 Bob Mac, Tim Marshall and the late Mick Collins, all great anglers who I watched and gained much knowledge. It was all very secretive in those days so you couldn’t just ask what bait etc. You just had to watch, learn and look for signs around the bank as to what they were catching on. Not that you wanted to copy them, it was really about what had already been used and what the carp might feed on next. 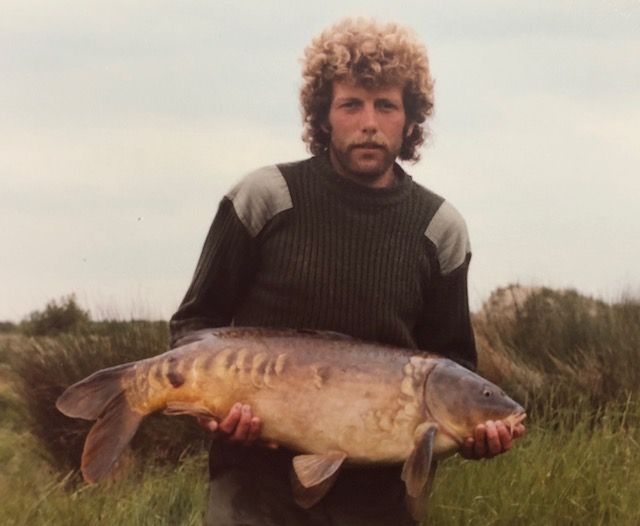 In those days carp fishing was in its infancy. So the few of us knew who was fishing where and when. So baiting up a few days before fishing was the norm. It was a matter of respect you didn’t jump in on other anglers’ hard work to get a spot going. We didn’t have spods in those days, close-in spots with a nice shallow bar on a point would be a great ambushing place to fish. Home made boilies were the norm. No shelf life or frozen baits from the tackle shops. We were the fore-runners of that brigade. 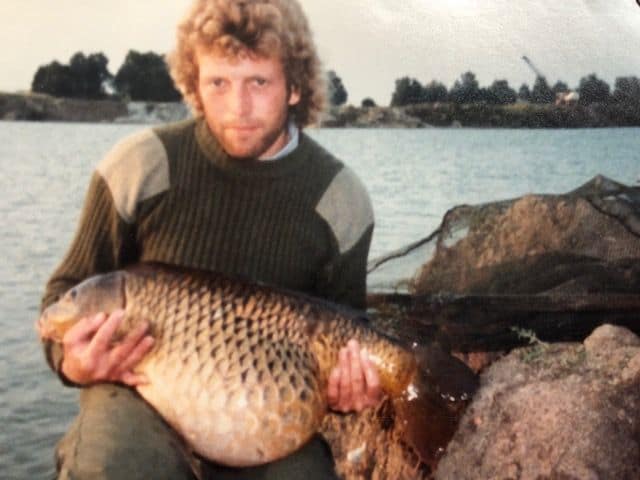 Hemp combined with a peanuts and chic peas were in most anglers armoury. Tigers came a bit later. Our boilies were made up of either milk proteins or fish meals combined with various combinations of bird foods. Flavours came from Duncan Kay. He was one of the first to make flavours available to us. Then came the Rod Hutchinson range of baits which took our knowledge to the next level. I also found a flavour company called Unbar Rothon who made flavours for the food industry. 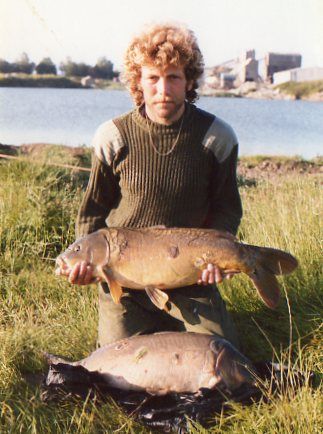 So all this learning about baits and how to present them to the carp was learnt during Nickolls carp fishing in the pit. This is why we are all so interested in its future for the next generations of anglers to learn their skills on the pit. It’s a great place to learn as you can catch carp from almost every swim on the lake with a little bit of thought. 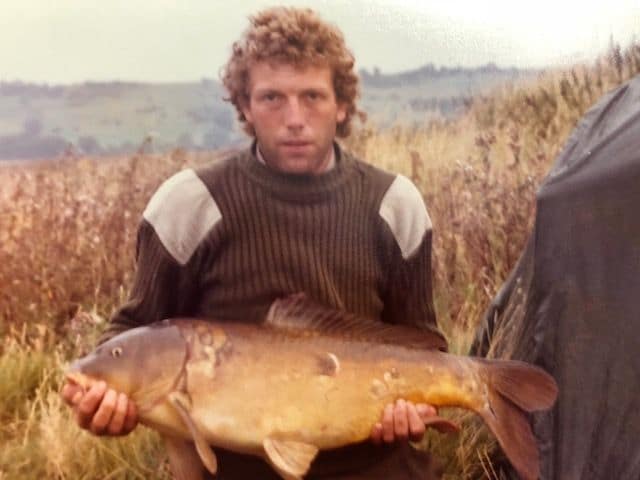 After Dave roper Cinqueports Angling Club ran the lake for many years with more anglers being introduced to our water! There was an influx of some very good anglers from Sussex. They found out about the fishing after one angler took his kids on the famous light railway that runs along the top end of the lake. They saw the recognisable shape of a carp anglers’ shelter on its banks. By now Ted from Ashford and Mac who took over the old Walkers shop in Hythe were also fishing regularly. Mr F from carp world fame started his early carp fishing career on the pit and became a good friend. We fished other waters together in the UK And France for many years after. 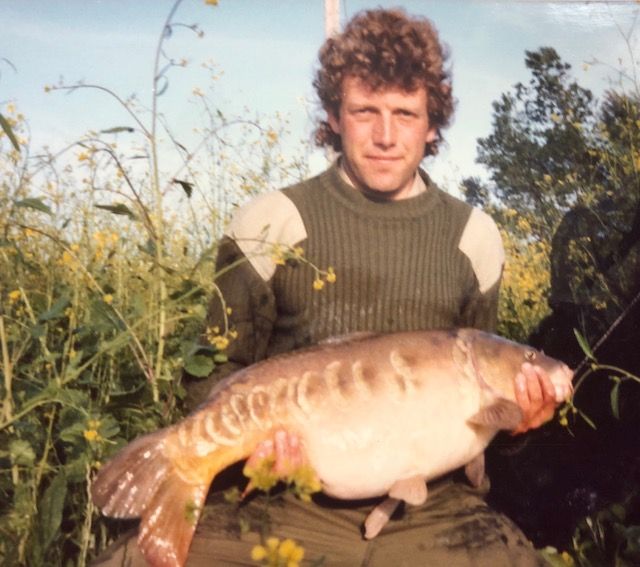 Carp Angling in a Working Quarry

The lake was still being used as a working quarry in those days, you could expect to see the old barges coming from the works area and tipping unwanted clays and top soil almost anywhere on the lake. One such area is in front of the old greenhouse swim on the house bank, where a complete island from the other end of the lake was dumped. I have fished and caught many fish from that area, particularly in winter. I was lucky to have the works area almost exclusively for many years to myself. 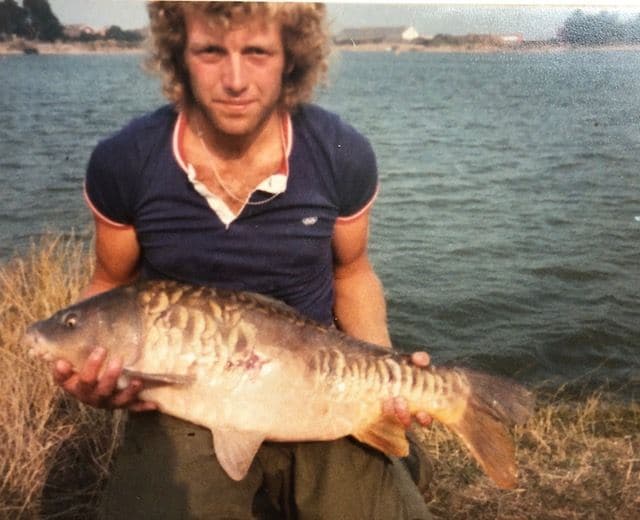 It was quite a trek as carrying all the gear that was the norm. Carp barrows hadn’t been invented at that time. My average catch on an overnight session was between three and five fish a night. It was mainly after work and back to work by 7:30 the next morning. This pattern repeated a couple of times a week. Bearing in mind all the pre-baiting it was a lot of very rewarding effort. I have some great memories of captures of the peck that was a lake record at the time, a couple of original thirty pound commons not often caught and a fish called three scale I caught with my two sons at a very young age. Then my eldest son Stephen caught it as an adult many years later. 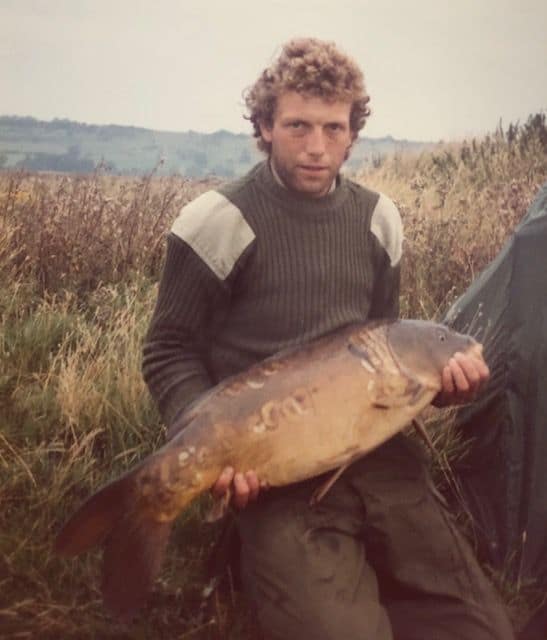 After this period, the working quarry was closed and left to mature in some areas. The area of water was reduced by half its size by tipping from the building industry. The works was also turned into a tip. The fish did seem to like being near the most recent area used by the lorries and bulldozers. there was always rumours of uncontrolled tipping with all manor of materials being tipped to create what is now a housing estate. 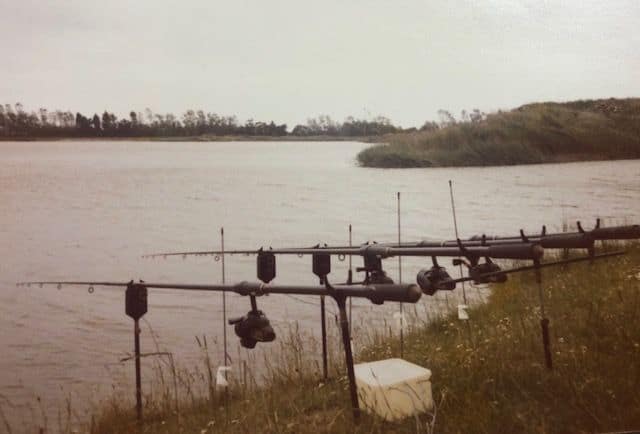 This was possibly the worst time to be at Nickolls carp fishing with all sorts of stuff floating about and the smell of methane gas from the rotting materials. Eventually this type of backfilling was stopped for obvious reasons. The works was then only used to store gravel for the building industry. The lake then started to mature with large beds of rushes and grassy meadows took over. It also became home to an abundance of wildlife. We all remember the West Bank and the two points at the end, one into the main lake and the other towards the works bay. 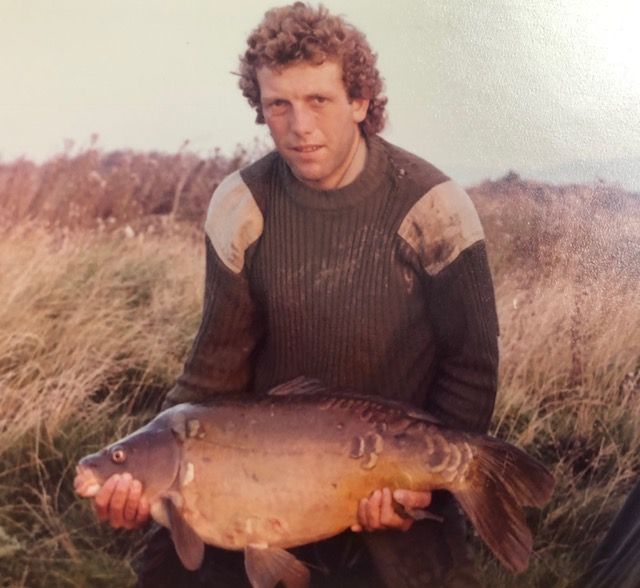 Carp Angling on a Yachting Lake

A new era was upon us when the works area was cleared and closed with Nickolls introducing their own company as Nickolls leisure to run the yacht club and the Nickolls carp fishing. With a smaller area of water and the fish not being managed it became a runs water in the extreme with hundreds of small commons which lead to the bigger twenties and the few thirties losing weight. If I have a criticism it would be that day ticket money has always taken priority over proper fishery management. As with most things in the natural world things have a way of balancing out.

Derek, a long standing member of the pit was employed as a full time Baliff through out this period. He became quite dictatorial in the way he treated members fishing the water. I was not fishing there through most of this period as I’d moved on to other waters around the UK and France. Then came the news that some natural occurrence had depleted the water of oxygen and wiped out almost all the fish in the lake. I still believe all the crap that went into the lake when it was being back-filled could have added to the problem with toxins being released.

A couple of years went by with hardly a fish being caught at the water, most of the members had left the club as the fishing didn’t look like getting any better with no re stocking planed by the owners. 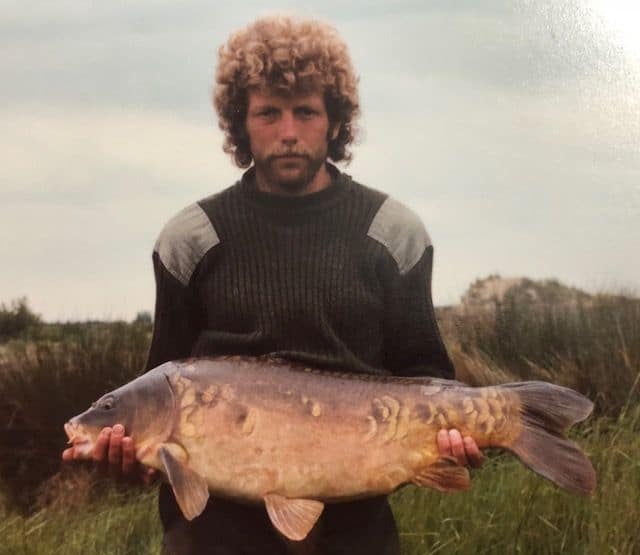 Bringing Nickolls Back to Life

A chance meeting with Derek in Sandgate was very sad to see Derek quite depressed about what had happened. I wanted to help as I’d been very appreciative of my time on the lake. As many are aware I’ve run carp waters and have had access to my my own stock ponds for many years. I made an agreement with the owners and Derek that I would restock with some quality carp for price of me being able to fish the water for as long as I’m able. This worked very well with fish thriving to mid thirty. Members came back in droves and the water in my opinion was better than ever with some quality fish to be caught. Unfortunately the same old story has started again with no fishery management and bream Rudd overrunning the place, with small carp again becoming abundant, with the same result, the bigger fish losing weight. 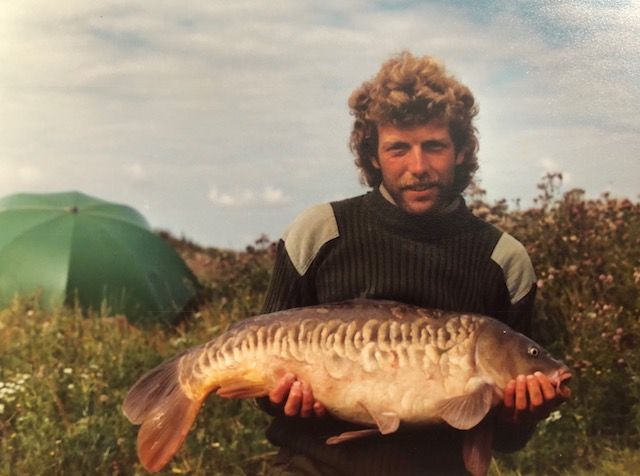 A couple of months ago we all had letters explaining that a new company is taking over the day to day running of the complex. It’s all been a bit cloak and dagger with members not knowing until recently who is taking over. I’ve not been told who or how it’s going to work. Nobody has had the courtesy to call or let me know about my position with this new regime. 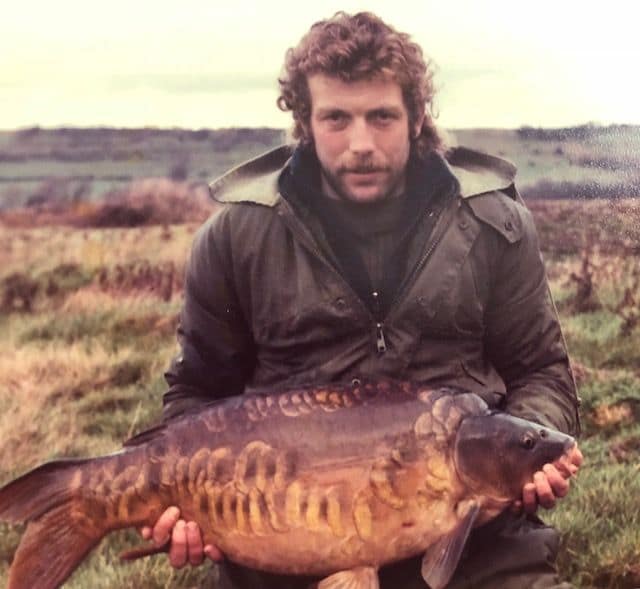 I’m hoping it’s an oversight on the part of the owners, that’s me probably being a bit generous. I’m hoping the work that has taken place so far continues and some sort of fishery management is put in place. The pit could in the right hands become one of the best in the area. Lets hope so. 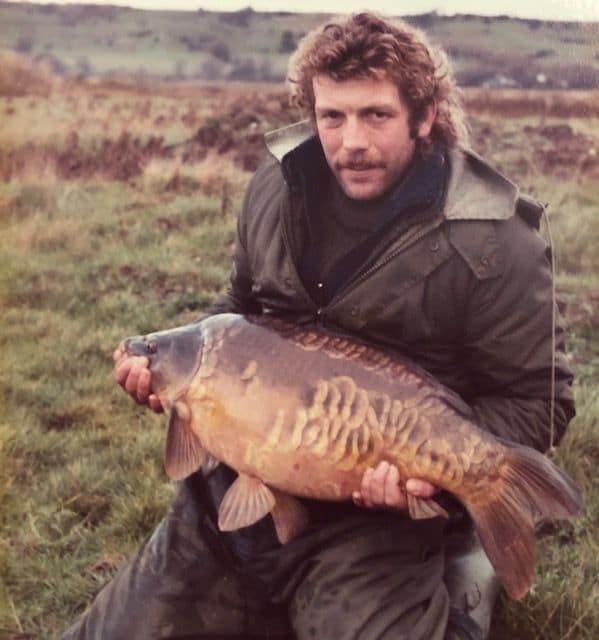 Fishing was allowed until the end of May. It’s been a bit slow recently, with only a few doubles a couple of mid twenties being caught. It looks like a lot of anglers have left with gate keys being returned for the twenty pound deposit. Membership prices have gone up almost double and with no information about the future of Nickolls carp fishing. Anglers are reluctant to go with the new changes at present. The other issue for me is being locked in overnight with no way of getting out in emergency. It’s ok saying you can call Derek but he may not be around or even be the Baliff. 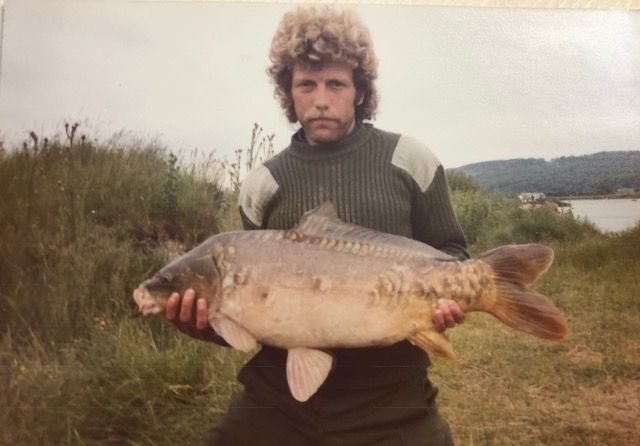