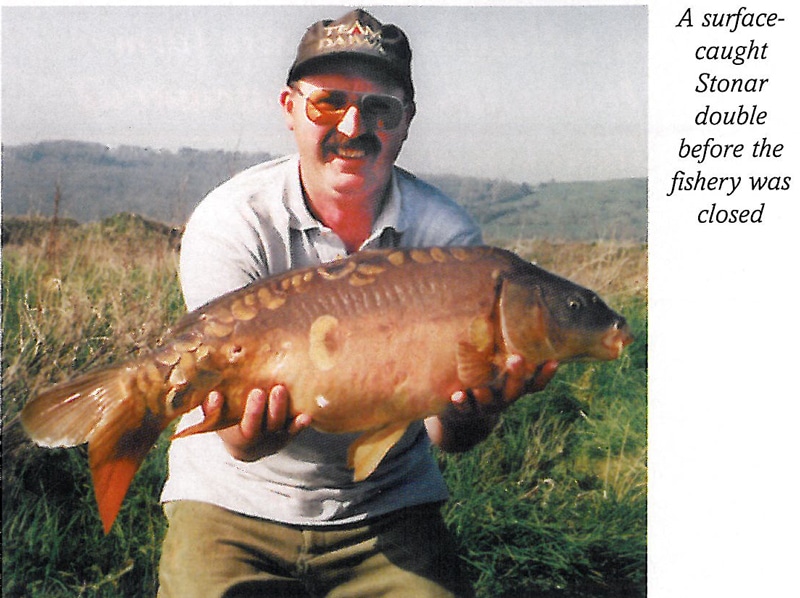 Welcome to this month’s Grapevine on Spring carp fishing. Early April started with a bit of a stutter with heavy snow showers sweeping across Kent from the east on a very cold wind. As we head towards the Easter weekend, the summer has arrived bringing warm southerly winds, as a result fishing has picked up on almost all waters. 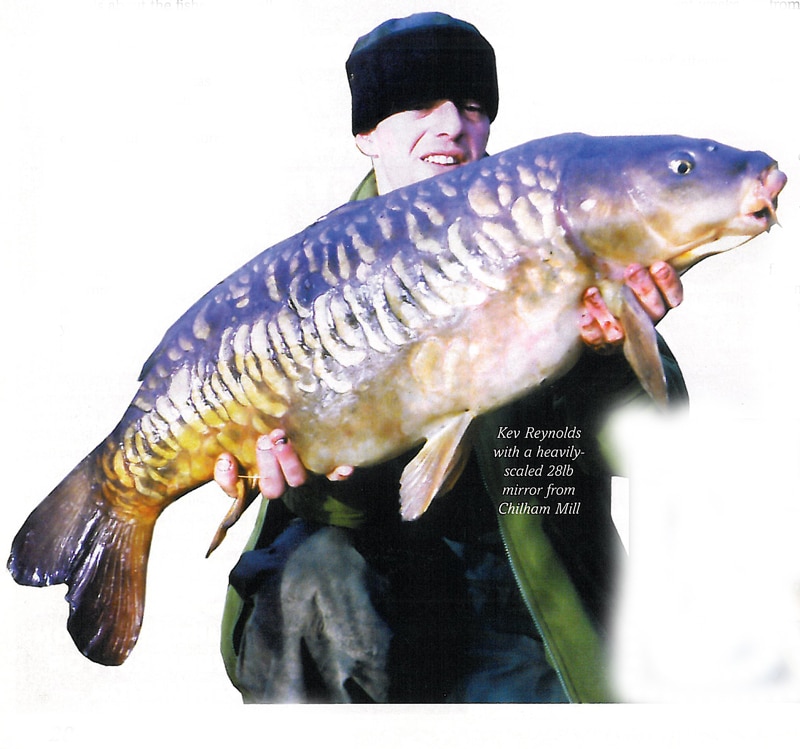 I have some good news for anglers waiting to fish at Stonar Lake at Sandwich. Canterbury Angling club have taken over the day to day running of the fishery and have already held working parties to make the fishery ready to open on may the 1st. Contact Brian at Sandwich Bait & Tackle at south-east water gardens for further details about the fishery. Or membership details for Canterbury angling on 01227 710830. Fordwhich Lake has produced a few fish the largest being 38lb not much detail about this capture at the moment. 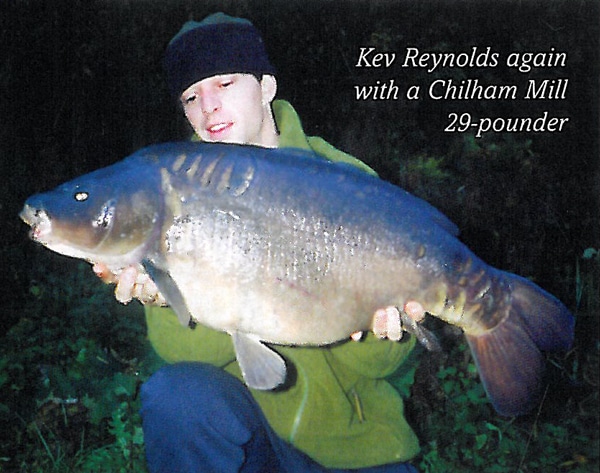 Nickolls Leisure has had a bit of a boost with the decision to use their water as the venue for the final of the Korda British carp angling championships later in the year. Work is already under way to prepare the site for this prestigious event. Nickolls is the subject of this month’s fishery in focus. The spring carp fishing on there has picked up in the last few weeks with the big expanse of water gradually rising in temperature, with Plenty of doubles and a 23lb mirror landed from the long bay area round to the works. Chris Mitchell field testing GB baits new ice maidens has landed a possible new lake record common of 34lb. 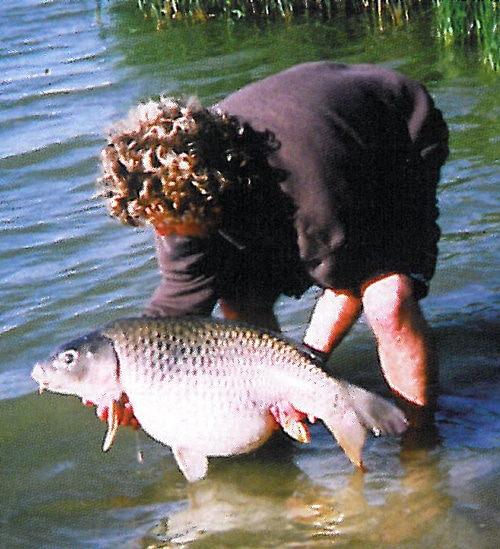 Chilham Mill was on top form just before the fishery closed down for its annual break. Kev Reynolds has been consistently amongst the fish taking eight twenties and two thirties amongst his total of over thirty fish in recent weeks, all caught field testing a new boily from MAP Baits. I managed a couple of afternoon sessions taking three doubles and a 25lb mirror on mistral rosehip pop-ups. Gary Hillman from Bexhill, fishing from the swany swim, had five fish with two twenties and a 31lb common in his 48hour session. 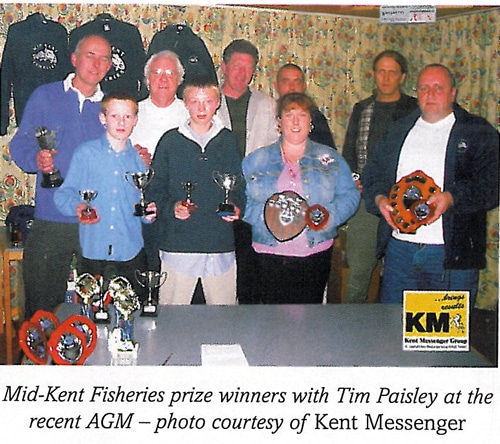 Tonford and Swan have seen more anglers on the banks recently with a few doubles and a couple of mid twenties landed.
Conningbrook has been busy of late, since my last report five fish have been landed the biggest so far a common of 31lb.with the warm weather in recent weeks most of the big fish have been spotted in the clear water.
Naccolt has become popular lately with the pathway around the lake making access a lot easier. Anglers taking doubles and the odd twenty.

Cottington Lakes Tony Long at East Kent tackle based at cottington told me of some changes to lake pepper. This was the old Trout Lake; it has now been stocked with sixty doubles and half a dozen twenties. The Specimen Lake has been fishing well; John Wilkinson had 12 fish to 16lb in one overnight session. Dave Moore and Robert Keyhoe both had mirrors of 28lb.

The Hythe Canal Dredging is now completed with average depths now around five feet. Plenty of doubles up to 20lb being caught by Rob Godden and Peter Young. Beachborough Lake on the same ticket is closed until the 16th June.
Hookstead Lake reopened over the Easter holiday, no reports on captures at the moment.
Well that’s all the news I have for this month,

The above is a reprint of an article that Trevor wrote for Carp Talk Grapevine column in 2003.