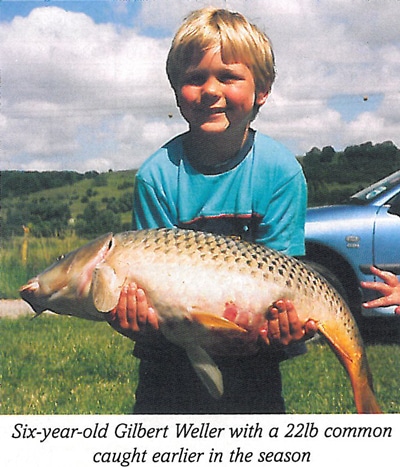 Welcome to the first ‘Kent Grapevine’ report of the year. With the Christmas holiday period occurring since my last report, I was confident of plenty of action. Unfortunately, the changeable weather, sub-zero temperatures followed by strong winds and heavy rain, seems to be making fishing difficult on most venues. Most of the waters in the county have been frozen over for at least a couple of days. 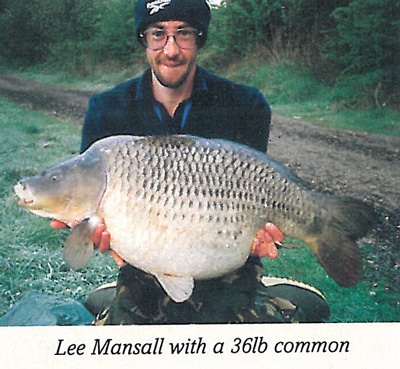 I must admit that my enthusiasm has taken a bit of a battering of late with only short sessions of three or four hours being enough for me. My fishing has been restricted to Nickolls Leisure with its easy access to the main bay. Being very brackish water it won’t freeze over unless we have a prolonged spell of cold weather. I have only managed one Bib common, but looking on the bright side, the daylight hours are starting to get longer and a spell of settled weather could see a change of fortune. 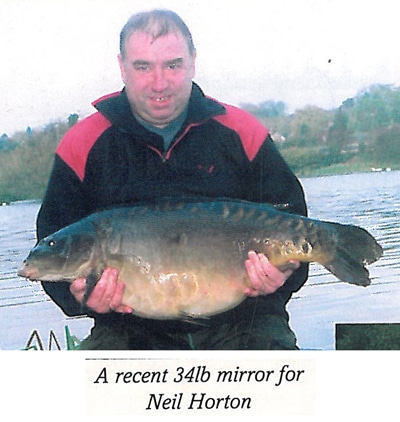 Well on with the news I do have … Fishing overnight with dad Derek from the bailiffs’ hut at Nickolls Leisure, six-year­old Gilbert Weller had a 1 71b common and 1 71b mirror on Mistral Remedy pop-ups fished with four-bait stringers. Derek could only manage one small one. The flood water lying around is making the long walk up to the works area very difficult, but Pete Butcher has had two or three fish a session to 231b up there in recent weeks. 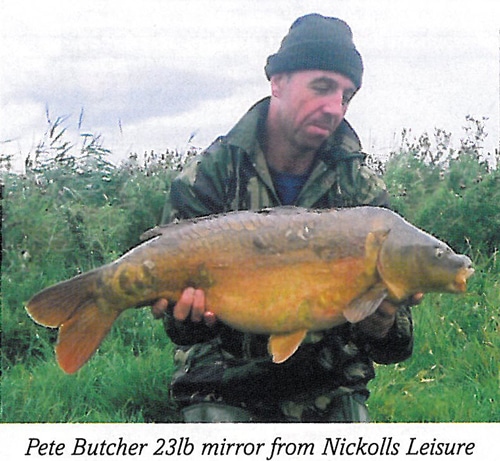 At Mid Kent Fisheries the majority of members are now turning to specialist carp fishing. With this in mind Mid Kent has decided to join up the Triangle Lake with the Nook & Cranny, enlarging the Lake to about 15 acres. Security fencing will be placed at both ends of the complex along with new car parking. The lake will be drained, all the silver fish taken out and the original carp stock boosted with a restocking programme consisting of fish to 301b to make yet another top-class fishery in the Chilham valley. 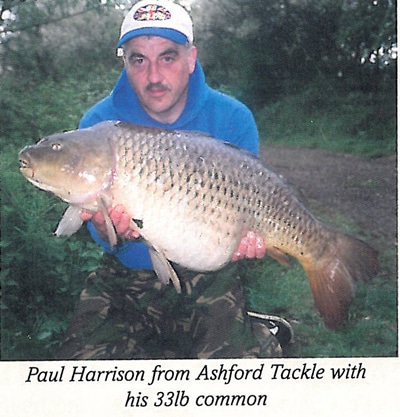 Mid Kent has also secured three lakes on the Romney Marsh near Lydd. Jury’s Gap Lake should stir up a bit of interest, as it has been unfished for at least 20 years with rumours of large carp swimming around in its depths. The two other lakes are a result of continuing gravel extraction over the last 10 years. Assistant manager Keith Gambrill is hoping all three lakes will open for fishing next April after the Kent winter carp fishing season. Tim Paisley is this year’s guest speaker at Mid Kent Fisheries’ AGM, which is to be held at the St Lawrence cricket ground, Canterbury, at 7.15pm on 7th March. Any one wishing to attend must reserve a place by calling the office on 01227 730668 when you will be given a number. Places for members will be reserved until 22nd February then tickets will be available for general sale to non members at £5.

The Christmas period saw a few carp landed at Chilham Mill A young lad fishing with his father had a 3 llb common, the largest fish reported. Rob Langley has had a few doubles and a low twenty. Mick Betts had a 251b mirror from the Dug Out swim. The general trend before the freeze was plenty of doubles caught with the larger specimens not showing. Since the lake thawed the fishing has picked up, Tony Baker leading the way with five fish to 34¾lb from pegs 30 to 31 on Premier’s Matrix boilies. Fishery bailiff Lee Mansall, fishing after work two nights in succession, landed three twenties while field testing GB Baits new Winter Frostbite.

Cottington Lake. This small venue is always a good choice for some winter action Overnight anglers are averaging a couple of takes a session with fish to 201b. This lake freezes quickly so bear this in mind if you’re visiting overnight.
The School Pool at Faversham has produced the odd fish in recent weeks, and can be fished on day ticket – contact Nick Prior on 01795 590024.

If you’re not keen on Kent winter carp fishing and are looking to book your French fishing holiday John Ashford has a well-run service from the Kent ports. John has been operating for a couple years part-time, and with this success behind him, has decided to set up Ashford Continental Carp Tours with a luxury mini-bus. They have several waters at their disposal. Contact John on 01303 220553.
With catch reports a bit thin on the ground at this time of year I will be including some fisheries in focus starting this month. Well that’s about it for now. The long range weather forecast is for milder more settled weather lets hope they are right.

Fishery Focus Chilham Mill
Chilham Lake was the first water to be opened by Mid Kent Fisheries in September 1991. This mature gravel pit, dug in the late fifties, has recently undergone a major face-lift and re­stocking with £200,000 invested to transform the lake into one of the most idyllic big fish waters in the UK. Covering 26 acres, it offers a multitude of features such as islands, gravel bars and reed beds. The fishery is located in the village of Chilham.

Directions: from Canterbury follow the A28 towards Ashford. At the junction with the A252 look for Mill Lane on your left_ You will need to cross the railway at this point. Follow the directions at the crossing (closing both gates). Carry on down the lane over the River Stour then turn immediately to the left into the car park.

MKF have their offices located on site with all the facilities including a shower near to the car park. In keeping with all MKF rules there is a 48-hour limit on sessions, though this can be extended for holidays with a call to the office.

With such a large stock of twenties to upper thirties, it’s no wonder this water always features heavily in The Grapevine. All swims produce fish to most methods, with PVA bags and pop-ups being favourite when the weed is up during the summer months. Don’t be put off by the weed, as the fish seem to feed more confidently when it is growing. Steady pressure on the fish when playing out using the right tackle is the key to landing them. Chris or Keith are always on hand for advice and membership details on 01227 730668.

This is a reproduction of an article written by Trevor Ellse for the Grapevine column in Carp Talk magazine in 2004.