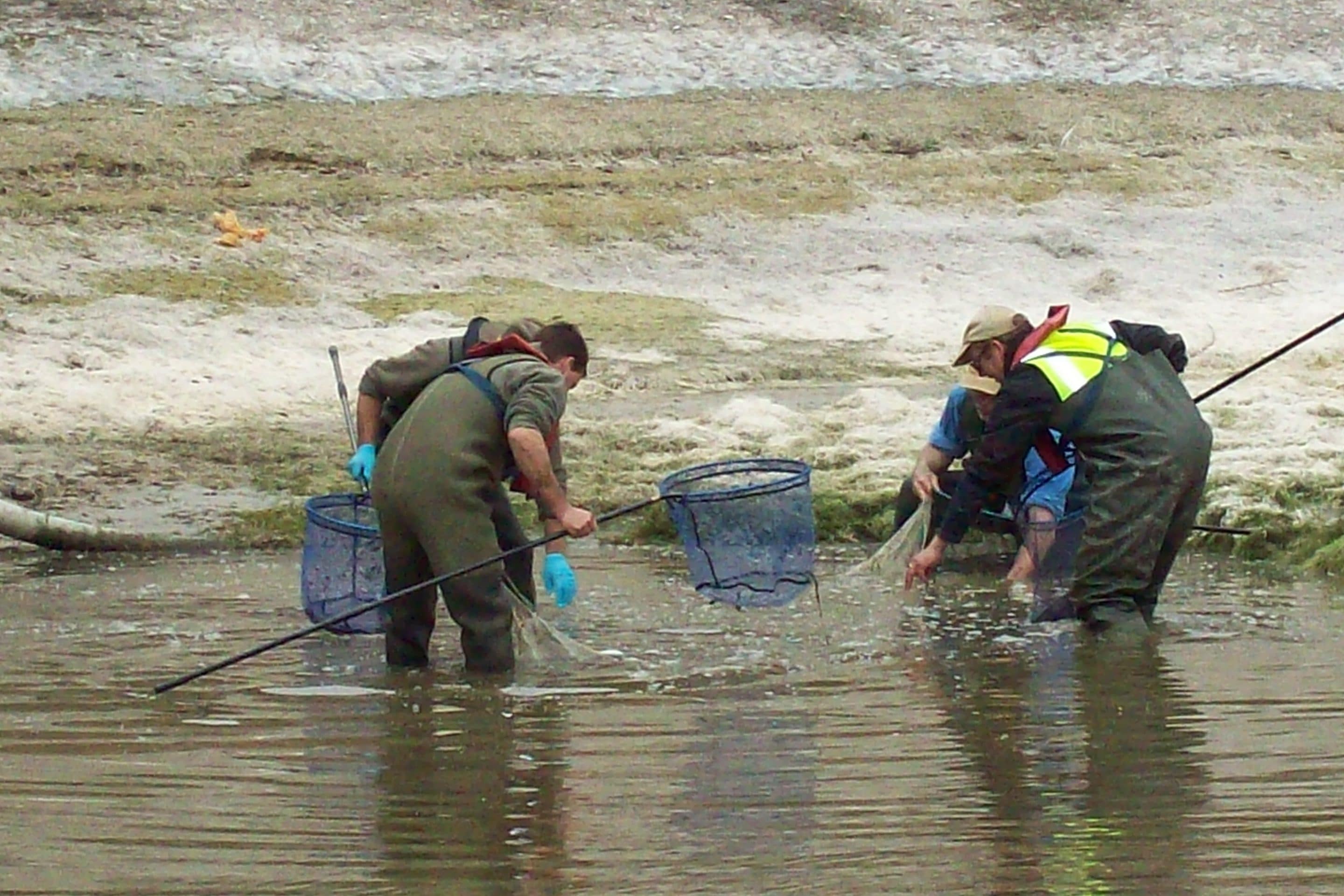 We have seen some changes over the years at this venue, without doubt the more recent being fish kill due to low dissolved oxygen levels. This was the most distressing time for anglers and fish alike. Many thought this was the end for carp and general course fishing as we had known it. The almost total loss of the bigger carp and bream was a real blow to all of us. A chance meeting with Derek about year after the event, It was clear that Derek had no funds or any idea how the fishery was going survive. This co-incided with my long association with Folkestone Water Board, as I still like to call them, coming to an end after 39 years service. 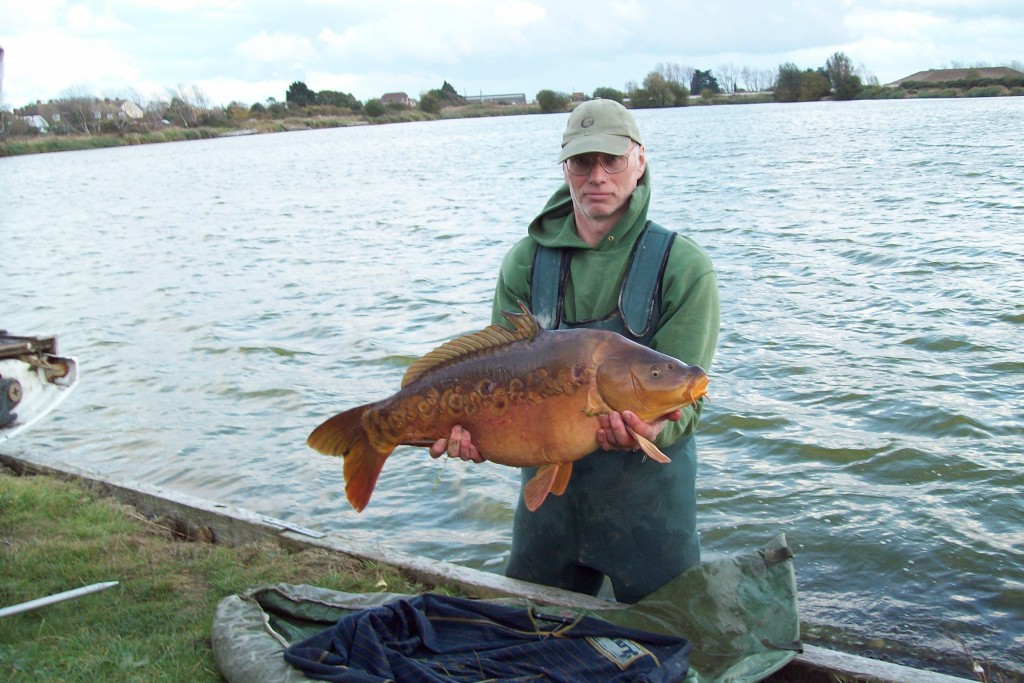 Kevin Reece with a 20 plus mirror carp 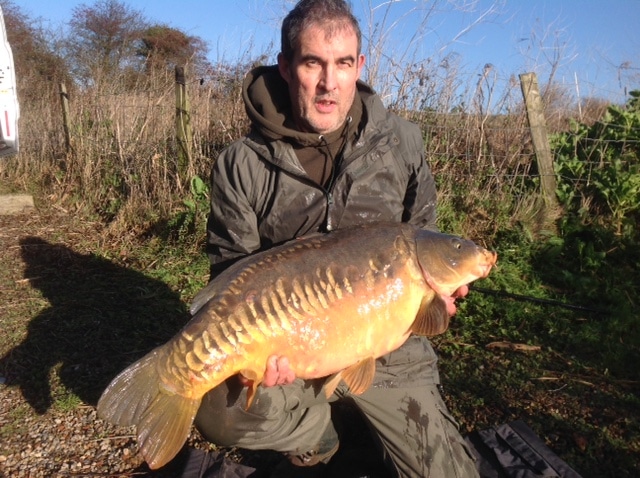 Day Ticket Angler, winter capture of the Linear at 36lb

All them years we had access to the Reservoirs and used them for growing on fish and re-stocking with the help of the local river board. So I had this plan to remove all the carp and relocate them to Nickolls with he low dissolved oxygen levels resolved. There wouldn’t be anyone to look after them so it was the best for all. You just never quite know what you have swimming around in our lakes and rivers, this place was no different. A dozen or so fish over twenty was a real surprise with over 200 doubles and high singles were relocated to their new home. The fishery is starting to come good again with more thirty pound carp than at any time in its existence, with lots of twenties now starting to show up as they gain weight. Dissolved oxygen levels are now very healthy. The story about these fish and why they grow so well is a story for another blog. 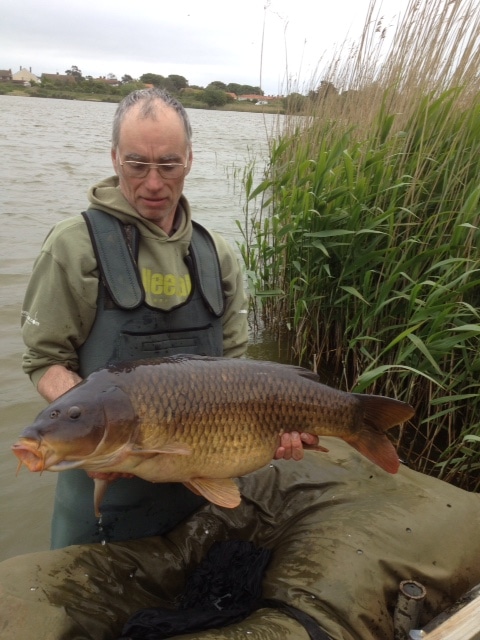 Kevin Reece releasing a 20+ common from the reservoir 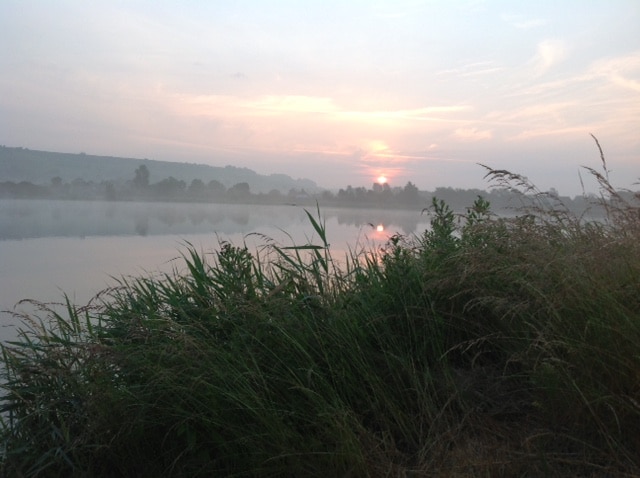 Below is a piece I wrote for Carp Talk magazine around the time of The British carp angling championships which brought the venue to the attention of the world of carp angling. Still some good advice below, In my opinion the fishing is slightly harder now but when you catch one you will be surprised how good looking the new fish stock have become. 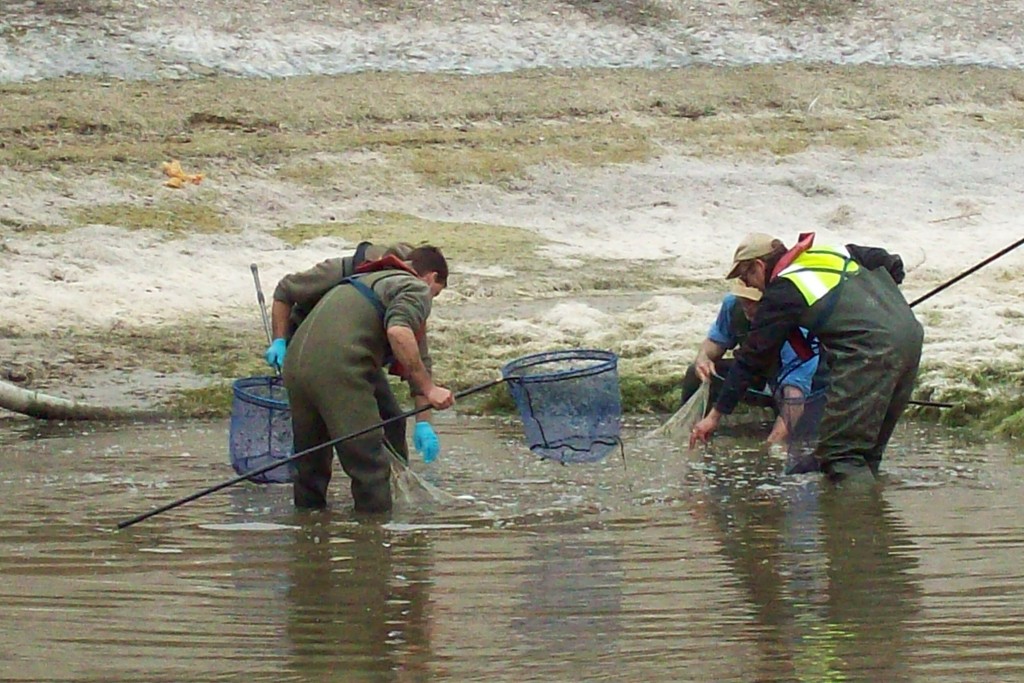 Catching our new fish from the reservoir

After many years as a working gravel pit Nickolls is undergoing major landscaping now the extraction works have finished. With the Carp championships being held here this has given this work more priority to be finished on time for the final this year. Depths can vary from twenty-five feet to two feet with the bottom being mostly of clay with gravel bars of some sort in most swims. Not much in the way of weed to contend with so makes for good water for youngsters to catch their first carp. The carp do respond to beds of bait with hemp particles and fishmeal boilys being the most popular tip. Simple nylon rigs work as well as any of the more recent complicated set-ups. 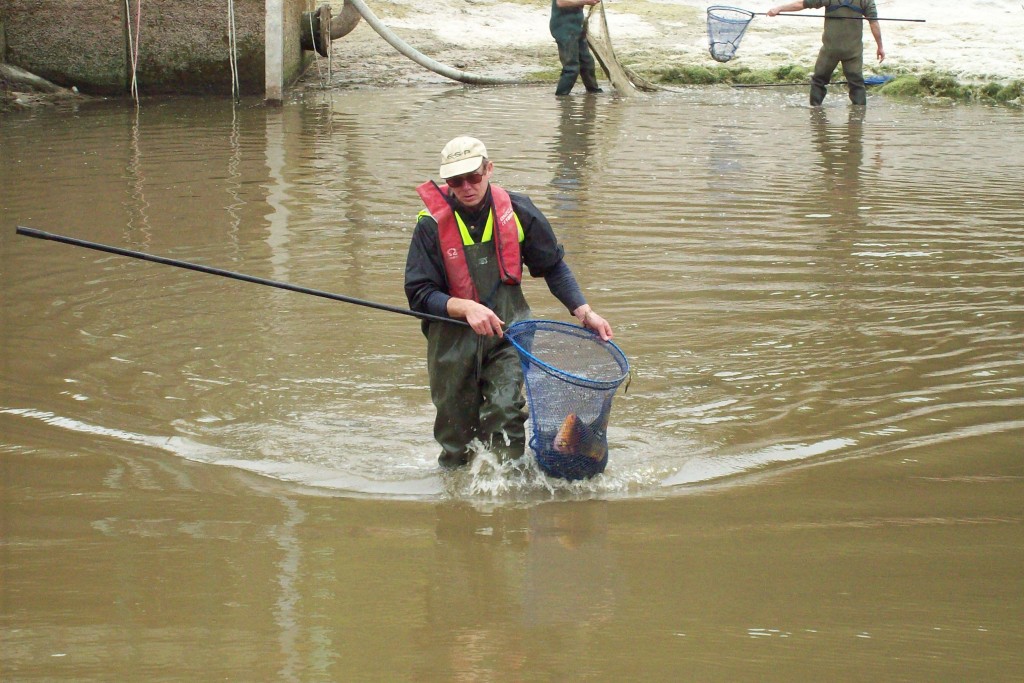 Off to the tanks ready to move to there new Home 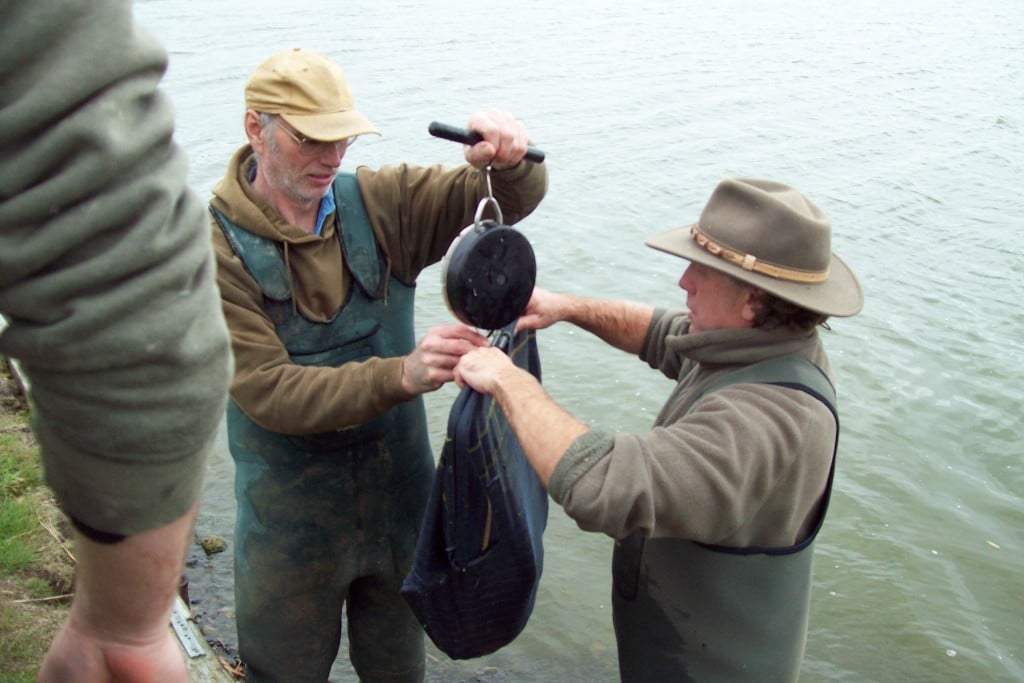 Weighing carp before releasing them.

The Carp stock range from lots of single figure commons and a very large head of doubles with mirrors and leathers also present. Lots of twenties and at least two thirties can make this prolific runs water in the right conditions. Best swims can vary from shallow water in the long bay in summer and the deeper main lake later in the year; remember to fish into the teeth of any new warm wind for some of the best action. Location is on the coastal A259 out of Hythe towards Dymchurch, look for Pearlmarsh garage on the right. The entrance to the fishery is on the right hand side through the main gate that is locked at night for security. Opening times are on the notice board beside the entrance. Derek the bailiff is always on hand, so give him a ring on 07970 704584 for membership and Day ticket information or if you would like to give a hand on the working parties. 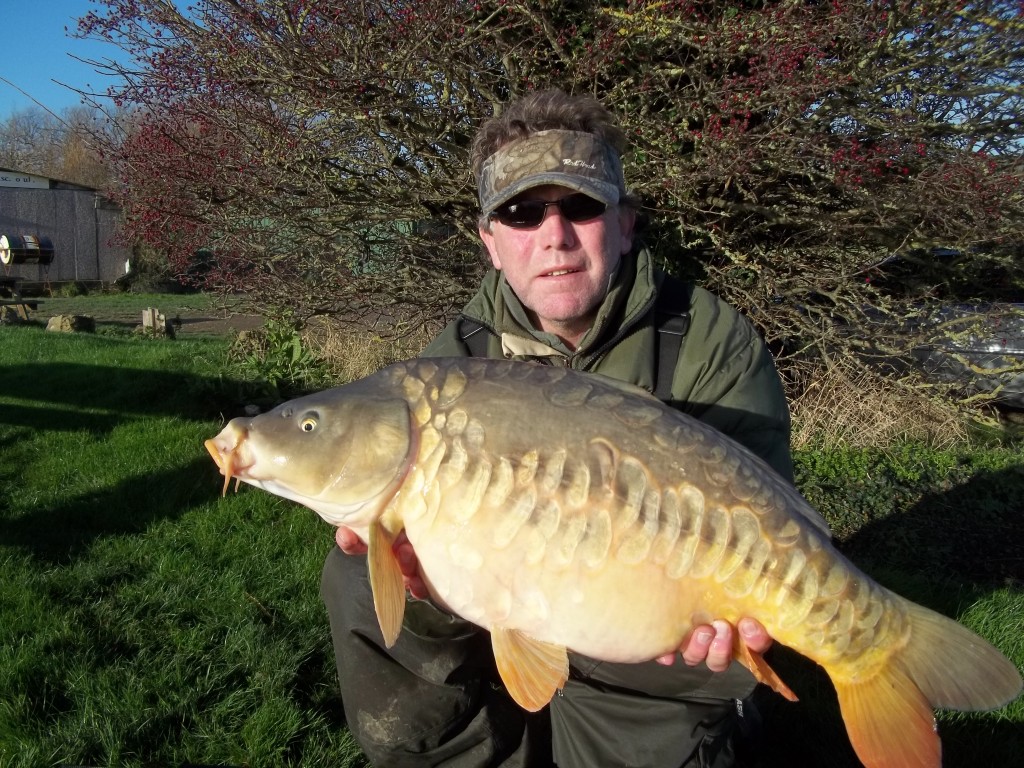 A recent capture this winter at 21lb

If you need any more info you can contact me through this website. Am happy to help with advice on how to maintain healthy dissolved oxygen levels.

Cheerio as Jack Hargreaves use to say.