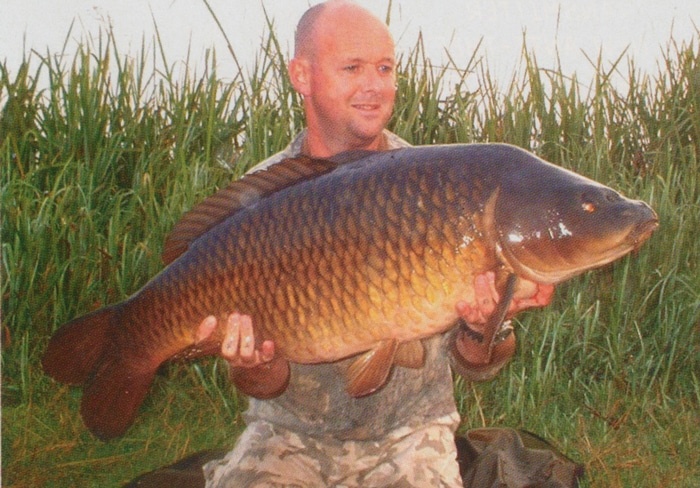 The British Carp Angling Championships fished at Nickolls leisure recently has dominated the headlines locally since my last report. Practice before the event took place over the weekend of the 15th of August was warming up with most teams putting in at least a couple of sessions. Claim and counter claim on how many fish and the location were discussed but with such a large water, choice of swim seemed difficult to pin down for some. 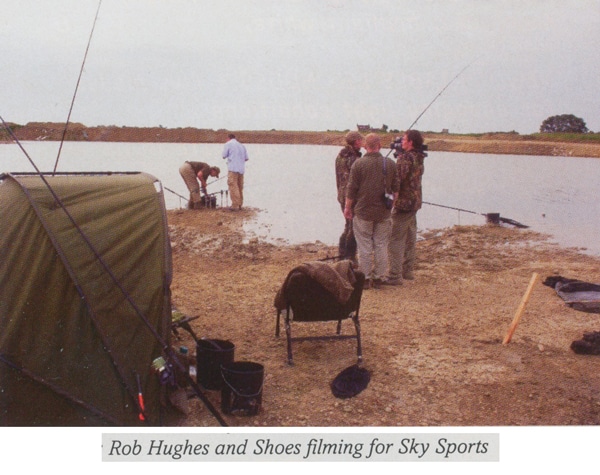 With all the practice and rumours out of the way the match was under way with the first fish caught by Ian Poole and Jon Finch after seventeen minutes at the bottom of the long bay. Small Fish started to be caught regularly from the out-of-bounds area known as the west bank. Hopefully this area will be open again to members soon. With a good warm south-easterly blowing up into the works area the main bay was a bit of a struggle for anglers on the road and railway banks. Their only real hope was for the forecast westerly. Swim twenty-nine on the mud flats started to produce some good fish on the first evening. Danny Fairbrass and Damian Clarke who was into fish regularly when he hooked and landed after twenty minutes the biggest fish of the British Carp Angling Championships: a mirror of 25.02. 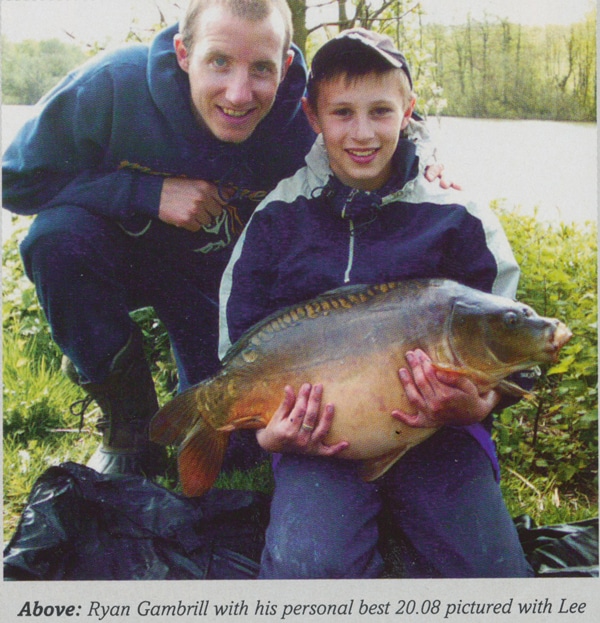 Back on the West Bank Tommy Onslow and Andy Maker were the pairing in the main lake to challenge the good start made on the mud flats. With so many good anglers on show it was a shame British Carp Angling Championship spectators were unable to come and support the event. Tactics for most of the teams seemed to be spodding a carpet of hemp then fishing single boily hook baits with small stringers. The majority of the field caught carp with the total number adding up to two hundred and ninety five. The eventual winners were Danny Fairbrass and Damian Clarke from Korda with a grand total of 459lb: 07oz. Tommy Onslow and Andy Maker were second with 365lb:12oz. and in third spot were Andy and Barry Oconnor with 235lb:01oz. Most of the competitors I spoke to over the weekend enjoyed the event at nickolls and thought it was a good choice for the British Carp Angling Championships final.

Tom Harris fished a two night session at Nickolls just before the water closed for the final. Fishing to the right of the mud flats Tom landed twenty two doubles and lost five with hook pulls. All his fish were caught on nylon hook links baited with Mistral’s new artic anchovy ready-mades. Bailiff Derek Weller also had a couple of mid twenties from the railway bank. 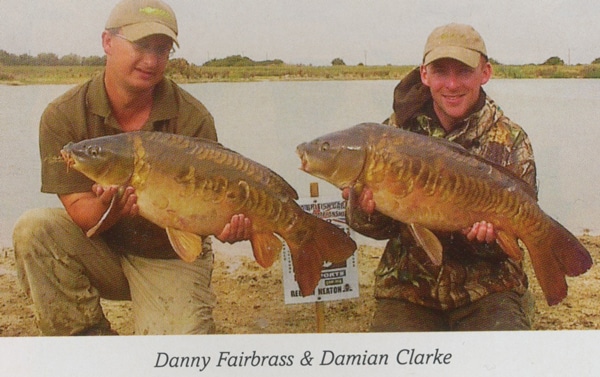 Mid Kent Fisheries waters have been producing the goods over recent weeks. Tony Baker has fished on Milton Pan all season in search of a big common. Tony’s persistance paid off with the capture of the swirly back common at 37lb 10oz and he also landed a fully scaled mirror of 26:04oz.

Chilham Mill has been in its best form ever with up to twenty fish over the thirty pound barrier with three of these being different 36 pounders.

Paul Earl caught three different thirties with a 32lb fish his biggest along with seven other carp from the mill in one session. Eleven year old Ryan Gambrill had a personal best mirror of 20:08oz and to make the moment even more special. Newcastle’s Lee Bowyer was fishing the mill and joined in with a photo.

Conningbrook has been patchy with only a few fish caught. Tom Banks has had at least a couple in recent weeks. The weed has been a problem along with the normal algae bloom. Pet food Paul had two-tone just as this months report was finished so not many details as yet.
The new lake has had ten more twenties introduced in the last couple of weeks and most of the work is near completion.