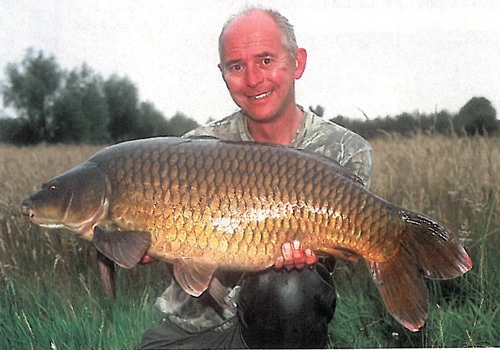 Kent carp fishing at Radar lakes on the Romney marsh until recently has been the home to some of the fastest growing natural carp. The Carp have been in this water for twenty-five years or so with fish from other smaller lakes being introduced over the years by local anglers. Fish to low forties have been caught in recent years. 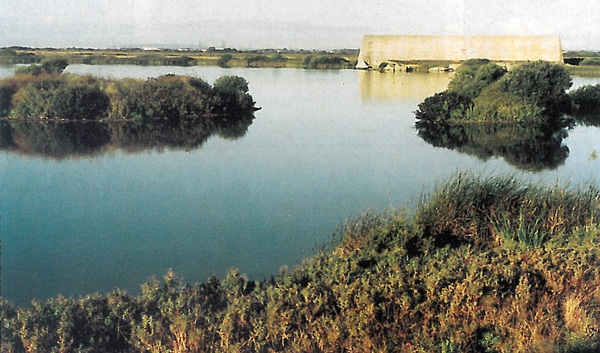 This Large gravel pit has been a working site for Ready mixed concrete. Local anglers have fished the water providing they kept away from the conveyer belt that carried the abstracted gravel to the crushers, but sadly has been lost to fishing. RMC angling have been removing the carp in conjunction with English nature and possibly the RSPB who don’t allow anglers on any of their sites on the marsh. So fish are being removed to stop anglers trespassing on the land to fish for the few carp still resident in the lake. There have been a few tickets issued to some angling bailiffs to catch these fish, as removal methods have not yielded some of the bigger fish. Although there is some doubt if this concession is to continue. 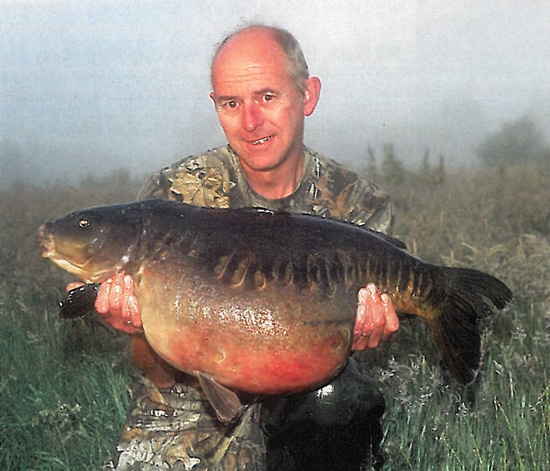 Stonar Lake at sandwich up-date. Work on the new entrance will start when the planning application is approved by the local council so still no fishing at the moment.

With the Very warm weather in the south the weed has been a bit of a problem on some waters. But not impossible with the right tactics so I will get on with the catch reports.

Conningbrook most of the known fish have seen the bank in recent months as reported in the news pages with weights of the fish mostly on the up. Proof of this when Lee Jackson caught the Linear at 38lb 6oz recently this fish was a 22lb average carp when it was found stranded after floods two years ago in the stream adjacent to the brook. The growth rate of these fish is only possible with the low stock of carp at this rewarding venue for the Anglers with persistence and dedication. 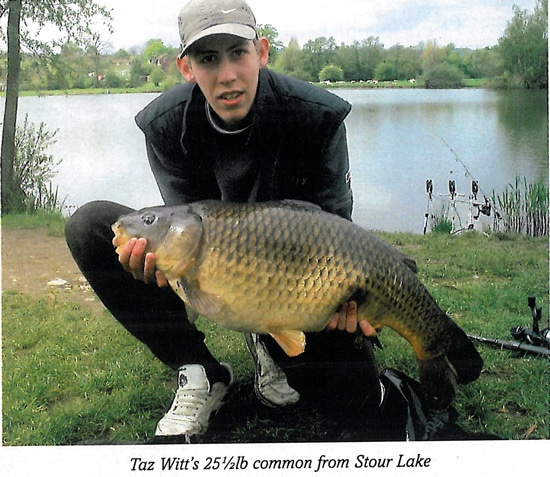 Stour Lake there is a strong rumour that Rob the Ausi has broken the lake record with a 38lb 03oz mirror. Taz Witt had a common of 25lb 08oz on the same venue. Paul Harrison had three thirties to 33lb on GB Baits x-cute and Kent Mix in as many trips on Chiham Mill. More recently Lee Stevens on a four day session in the reed swim on the mill taking five fish 14lb 24lb 25lb 29 10oz common and a 30lb mirror all caught on Assin-8 pop ups over a home made spod mix. Ian Murfitt fishing the transformer swim took two commons of 31lb and 26lb. Lee Mansell was one of several anglers to take fish off the surface to 26lb. The August bank Holiday weekend Produced forty fish with four over thirty pounds. Lee Coster arrived after the weekend rush to take four fish overnight to 27lb.All the other venues on the Mid-kent ticket in the chilham valley have been a bit slow of late due to the amount of weed with only a fish of 28lb from Tonford reported.

Brian Mills field testing a new boilie for GB Baits had a 38lb Common on a Private Lake near Faversham.

Nickolls Leisure has been fishing well of late. Kevin Rees had 10 fish on an overnight session the biggest being the Italian at 27lb. Ray Godden won the all night carp match with a total weight of 97lb and taking the prize for the biggest mirror at 16lb. Second was Andrew Hodges from Premier baits with 47lb and the prize for the biggest common with a fish of 17lb. Steve Fyfield on overnight session fishing close in on the blackberry bush swim took two fish on the same Nash formula one pop-up boilie. The first fish was a common of 33lb a new lake record. After Catching his first UK thirty Steve put the same bait back to the spot in the margins and ten minutes later landed a 22lb mirror

Fordwich was fishing well with Kevin Robinson catching consistently with fish to 36.09 jock White form Premier had two double figure commons the last fish to come out recently. Water quality has been a problem of late possible reason for the fishing being a bit slow. 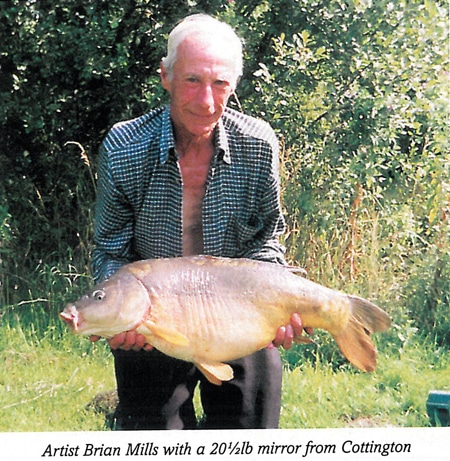 Cottington Lakes has fished well to all methods Bob Fryer caught mirrors of 16lb and 17lb during an afternoon session. Louis Jordan had a fish of 29lb 7oz the largest reported to Paul in the onsite tackle shop with several other twenties. Wesley Shrubsole had a common and a mirror of the same weight of 22lb.
Well-known artist Brian Mills a regular visitor is still catching regularly on various methods to mid twenty.

Longshaw Farm this no boilie venue has produced fish to 28lb with several other twenties to sweetcorn and luncheon meat.

Hookstead Lake Dave Rolfe fishing with friends Dave Curry and Bill monk shared in 130 fish haul over the bank holiday weekend with mostly doubles with the odd fish to 20lb on a variety of boilies. Ted Newing took a 25lb mirror off the surface on chum mixer. Dave Blake caught a fish of 29lb to the same tactics.

Well that’s about it for now.