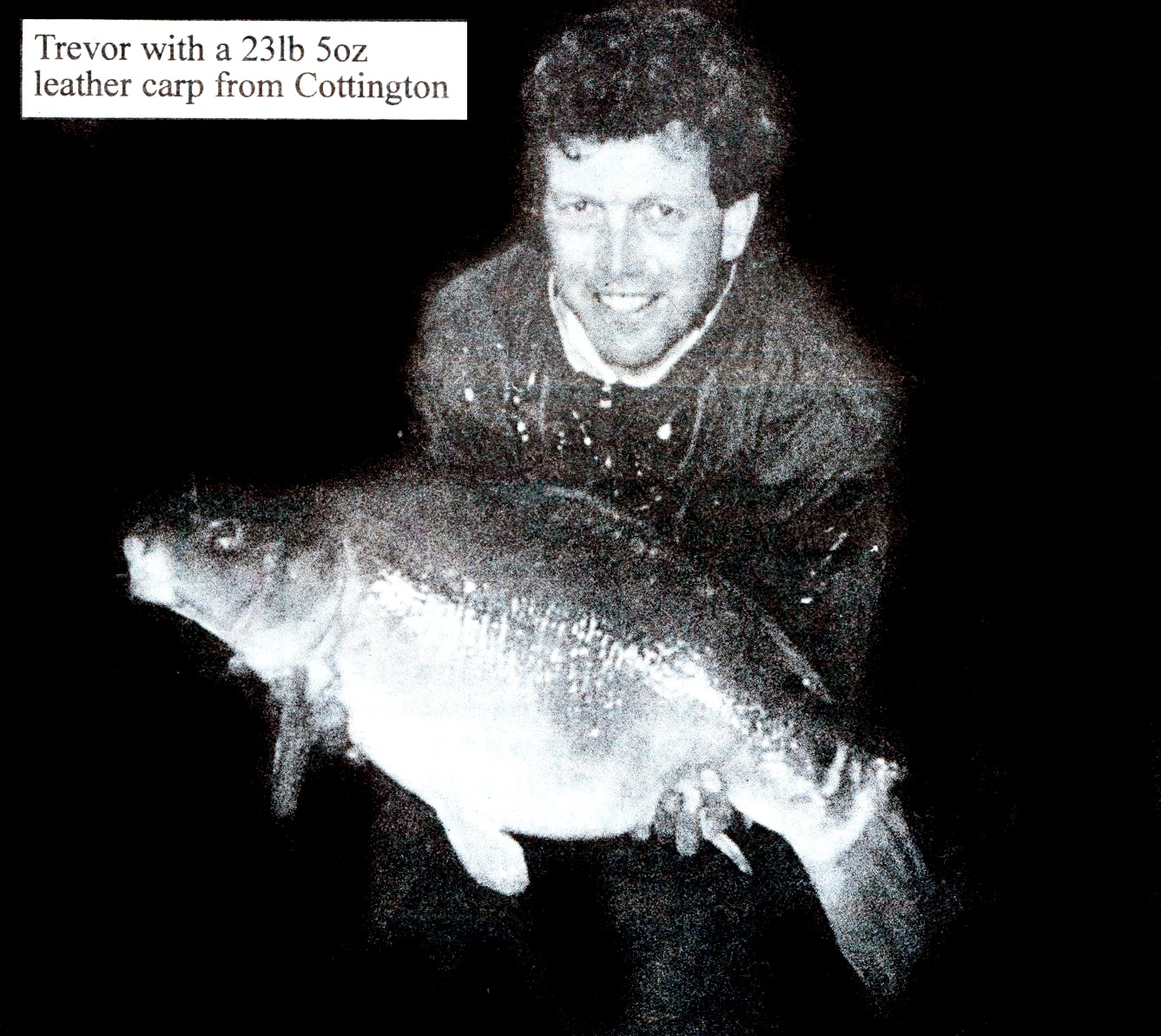 After reading an article in one of the carp weeklies suggesting that winter carp fishing is becoming harder I decided to dig out some old diary’s and compare my own results of winter carp fishing sessions. Recorded is the weather conditions including air pressure, wind direction and air temperature. I very rarely take water temperature unless it is close to where my baits are presented. As this article is not intended to be of a technical nature I won’t go into any more detail regarding these factors except to say they are part of the most important aspects of being successful or not! 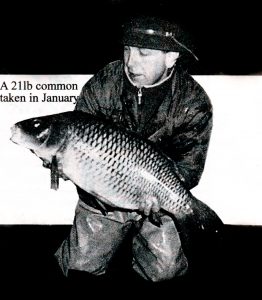 Having played and coached football all my life I am used to comparing games played to the number of points won. With carp fishing it’s no different, apart from hours fished to fish caught, you don’t need to spend weeks on end at the water to catch fish in winter or at any other time. The results were interesting, back in the early eighties I used fish meals almost exclusively, as winter drew on results generally tailed off to the very occasional fish and reading between the line’s now when I had made up my mind to go fishing weather conditions were not always favourable. Before going winter carp fishing these days generally I like to see the pressure gauge starting to fall back and wind direction needs to be from the south round to the north west. For the most favourable conditions air temp is not always as critical unless after a prolonged mild or cold spell. Results in more recent times are far and away more fruitful, I am not sure if its because I only fish if the weather is more conducive or I have got better! Or perhaps its bait, I don’t now use fish meals in the winter for various reasons that would probably take too long in this article to explain. I now use ready made bait which for me was a bit of a wrench after always making my own boilies. 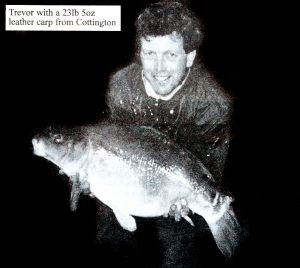 This season saw me on the banks with Mistral’s new remedy and I must say I have enjoyed winter carp fishing having caught over forty fish when you consider I have had all my carp tackle stolen twice. Not bad going in one hundred and eighty hours fishing. The two most memorable sessions were in December; the first was at a Colne Valley water arriving at around midnight fishing to about lunch time. I had put some bait into a nine foot deep gully about ten yards off the island the previous week. Tactics on this occasion was to put the rig along with free offerings and oceanic amino dip into a pva bag cast out into the gully on two rods. The third rod was cast to an area about 30 yards out to my right. This time with a four bait stringer all dipped in amino then about a dozen remedy boilies catapulted around a ten foot area near the bottom presented hook bait. Next job was to put up the bivvy with everything in place for the rest of the night. I just started to settle down on the bed chair at about 1-30 in the morning when one of the rods in the gully near the island started to drop back. With all three rods well back leaded this had to be a take and I was shortly winding into a nice fully scaled sixteen pound mirror. The next action was at 4 o’clock to the right hand stringer rod this was a common of 24 pounds. That will do for me I thought, next morning about nine I started to pack up any gear not needed to catch fish and sat watching the water for startled coots as they popped up to the surface. Nine times out of ten its because they have bumped into Mr Carp. Then a coot popped up and dashed off down the lake. It was about 11.30 am. Perhaps I will give it a bit longer, I thought then at 11.45 one of the indicators on island rods slowly lifted and after a good fight I had a 30.4 mirror on the bank. That was it for me three nice fish, I drove home a very happy angler.
The Next. Session was seven hours at Cottington Lakes near Deal arriving at around 7.30, a quick hello with Paul the· bailiff, couldn’t wait to get cast out for conditions for me were perfect, a westerly wind, pressure dropping like a stone and sunshine just to round it off. All rods were fishing by 8 o’clock in three fancied spots. Nine fifteen and I am into a fish. A nice double from an area coated in silk weed. I had fished flat leads with remedy bottom baits and stringers coated in amino.
I had over cast slightly then feathered the line with one finger on the spool to let the rig settle slowly on the bottom not pulling back at all. Runs came steadily, all double figured fish, the best being a leather of 23 pounds a good days fishing at any time of the year. 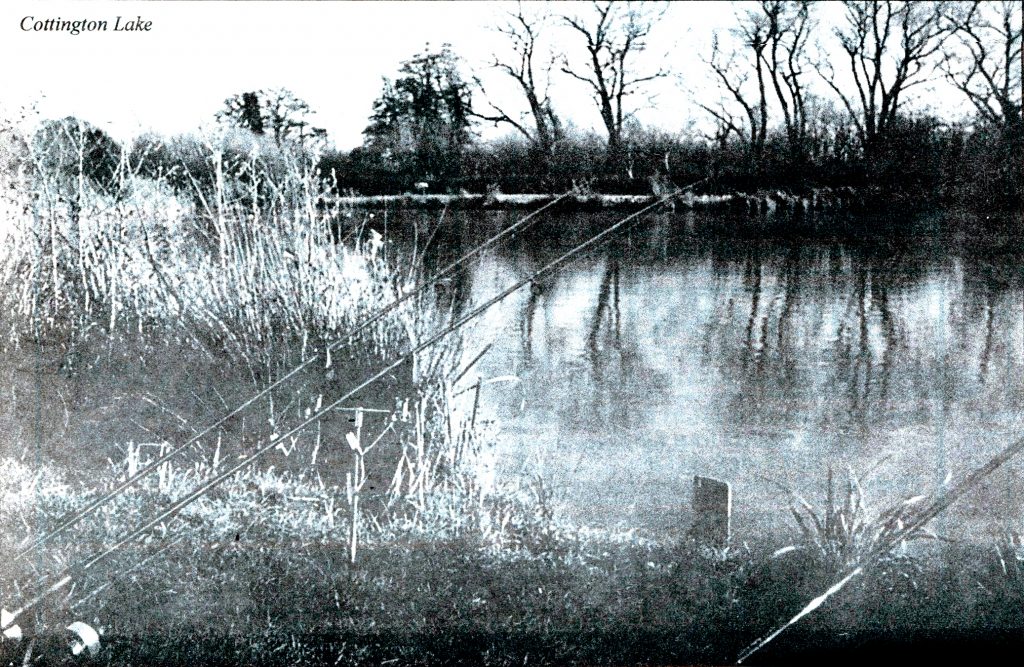 This article was first published in Freshwater Informer May 2000.