Mid-Kent Fisheries lakes have been busy recently and so have I. Plans to make an early start on this report soon went out the window. A trip to France to find some river carp and try out a new lake and a session on a colne valley lake and its deadline time again.
I am also fishing my first carp match in the Korda British championships for Nickolls leisure with Kevin Rees at Walthamstow’s lower maynard, we did have a day up there to try and prepare for the event. This could be an interesting venue as there are some large carp in its weedy depths. Times getting short so on with the more local news. 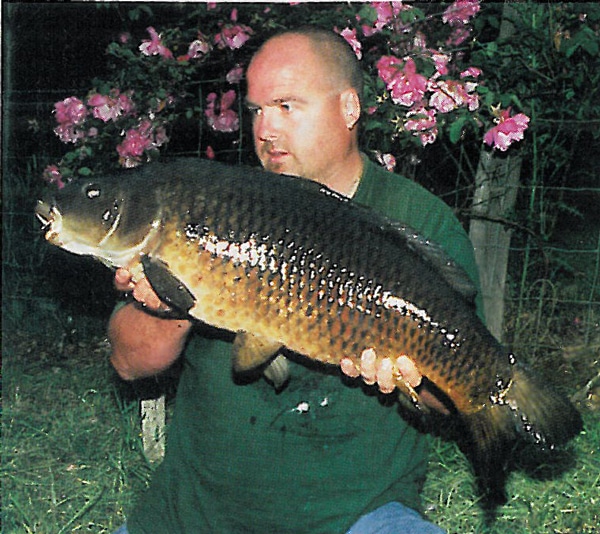 With the summer holiday period now in full swing all Mid-Kent Fisheries venues are busy in our area. Tackle shops also reporting brisk business, which is good news for the tackle trade after a couple of Years for many smaller shops struggling to make a living. Carp tackle is now making up the bulk of business in our region.

News from Mid-Kent Fisheries the new lake is now nearing completion with the building of swims, and the first stocking of one hundred and forty five doubles and four twenties have been introduced to the water. Chilham Mill is fishing well with many thirties and twenties being landed. Greg Smith landed thirties of 30 and 33 on GB boilies. Jason Lee landed a 35lb Common and Ian Leggett a 35 from the reeds two of the largest reported. With so many anglers visiting the water it is impossible to keep track of all captures on Chilham. Tony Baker had his first thirty on Milton and the capstone mirror has been out at 41:05 at the same venue to a publicity shy angler. 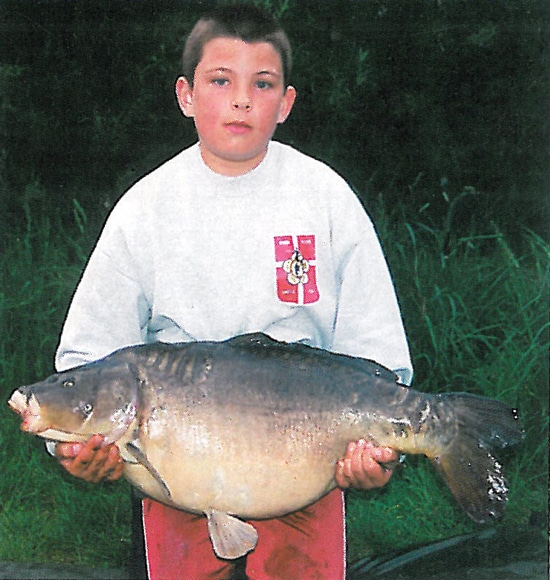 I have been on Conningbrook until recently and was on the water the night before Jim Shelley caught two tone at 61lb when he landed the little friendly common at 27lb. Spoding hemp for long periods didn’t seem to bother the normally cautious brook carp as they were jumping continuously all night over Jim’s baited area. Most of the other captures at the water have seen the fish slightly down in weight. 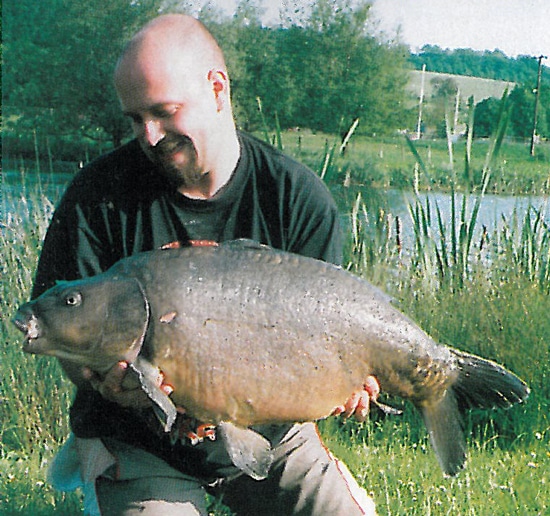 The opening week on Fordwhich after its close season shut down saw its largest resident fall to Gill at 39:14.John Weir and John Knowels have taken over fifty fish between them to 29lb on Premier baits matrix or their new bubble gum flavour. The best area’s so far being the island or the gap and the shed.

Stonar Lake has fished consistently well since it reopened with three or four doubles and the chance of a twenty, being the norm for most anglers on overnight sessions. Fishing seems to be consistent all round the lake.

The work has continued on Nickolls Leisure with landscaping and swim building, Rush beds from backfill areas have been moved to new swims on the main lake. The new toilet block is now under construction and connected to the main drains. Fishing has been good on the main lake with some anglers taking twenty to thirty fish in a weekend. Best area for bigger fish is still in the works area with twenties and thirties. Lee Rose caught the first 30lb mirror from the water at 31lb. Roger Wilson landed the same fish a week later just under 31lb along with a dozen or so other doubles in the same works area.

Cinque Ports Angling Society waters at Beachborough and the Hythe canal are now open Beachborough has fished well with plenty of double’s landed and at least two twenties .The Hythe canal has had a record claim submitted by new member Steve Bull for a mirror weighing 35.08 and witnessed by Keith George. Other notable captures Shaun Evans landed Lucky at 29.11 and Christian Hopely had a fish of 27.02. Junior member Nick Maddaford had a 20lb common from the town stretch. Since the dredging the golf course to seabrook stretch has consistently produced doubles and twenties. The canal is Very under rated venue and is worth a visit; day tickets are obtained on the bank from Bailiff Paul Musson who visits regularly.

Cottington Lakes as always producing plenty of fish to day ticket Mid-Kent Fisheries anglers. Pete Shilling had another good result fishing over a twenty four-hour session taking a 29.03oz mirror and a common of 23lb and 3other doubles. Simon Raine took an 18.08 grass carp off the surface. Over on Lake Pepper a visiting angler took a 24lb .02oz common and eight doubles in forty eight-hour session lots of fish out on pepper recently between the 15 to 20lb mark.

Hookstead Lake is back into full swing after its recent closure. Tickets at the on site tackle shop from Dave Rolfe who is now running the whole site. Drop in and speak to Dave for best bait and swims. Martin Ford has caught the largest fish at 28lb off the surface.day ticket anglers have had four twenties and lots of doubles to surface tactics during the day and boilies at night.

Well that’s about it for now the mistral competition result will be in next time so keep those catch reports coming in with a chance to win some of the new baits recently released by Mistral.

The above article is a reprint of an article originally written by Trevor Ellse for Grapevine column in Carp Talk magazine in April 2003.