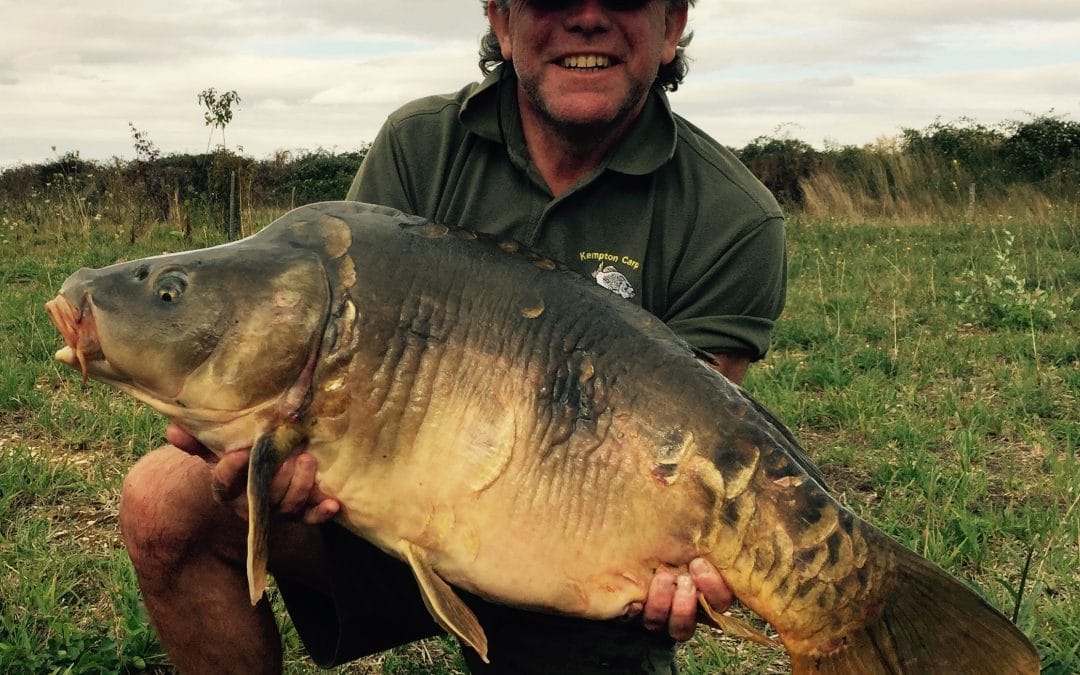 After watching a recent film about serene on YouTube, It brought back many memories of our time on lake from June 2004. I started carp fishing in France in Northern France in 2000 but some of my happiest membories are from Lac Serene. Simon and I were one of the first to fish the lake for John & Mave the new owners. Mave being a cousin of mine gave me the opportunity to fish a lake that had been left for years to mature. We had some knowledge of the water being stocked by well-known fishery owner, Luke Moffit for a future project that didn’t materialise. John gave me a set of keys to come and go as I pleased more or less. It was somewhere I regularly fished long weekends.

My fishing pal Simon was the first to accompany me on the first trip to the lake. It was pretty wild, with no fencing to speak of, allowing wildlife like wild boar could come and go around the lake. It was also full of passion chat which could  be seen in large black shoals around the lake. The margins were full of overhanging trees and it was clear from the start this was where the fish spent most of their time, there was a spit that separated the back bay from the main portion of the lake with a small cut where fish could move from one area to another. This tuned out to be the hot spot away from the trees. On that first trip, we couldn’t believe our luck having this place all to ourselves. The job in hand was why we were there, John needed to know what the stock level was, and how big the fish were, after years of being left alone.

Getting the Bait Right

After spending the first day in the boat and walking the lake several times, we settled on the gap swim and the overhanging trees just to the right of where the lodge is today. The big tree was where we set up my camping shower, which stayed there for a couple of years. Once sorted, we boated our rigs out onto some likely looking spots identified during the day. As we could see, the chat were going to be the problem, we went in with Tigers. I don’t think these carp read the same books as we did because they weren’t interested at all in Tigers on that first trip. But I always carry my trusted Mistral Rosehip isotonic boilies which for some reason we don’t really know why the chat don’t like. This change was instant with me landing a 27 from the gap with several doubles. Simon didn’t like where he was, only landing a couple of doubles. We agreed he would move into the back bay, that would give him a better opportunity as we had seen fish there in the thick weed that used to be there.

Beware of the Boar..

After the move he returned saying he could hear things moving around, He hadn’t realised the boar were there at the time, I just passed it off saying I was baiting up in the boat as not to worry him. I did come clean the next day over breakfast having a good laugh about the incident, He went back to his swim and built a barricade to stop them from creeping up on him lol.

The action for both of us was relentless on our baited spots by the hordes of small carp that obviously spawned in the lake naturally with no predators to knock them back. That first trip we caught over a hundred carp between us with the twenty-seven being my biggest with a dozen others over twenty pounds. Simon had one of thirty-one and a couple of twenties alongside many high doubles and small fish.

Return to Carp Fishing in France

That September saw me back on the lake, unfortunately Simon could not make the trip. So my son and his friend Tom accompanied me. Having heard the the wild boar story from Simon’s trip there was no way they were going to fish the back bay, so they plotted up where the lodge is now.

This left the way clear for me to fish the back bay. First night saw two mid-thirties grace the net after landing them from the boat through the weed. The boys were enjoying their first experience of fishing in France and with a boat after a crash course from me about the do’s and don’ts when using a boat which they both took on board.

I did see the boar a couple of times but having been used to seeing them on Lac Der going about their business, they did not really bother me as they did not get that close to get me alarmed on the small spit. The boat was always at hand to jump into though.

The spit area was dug out with high mac a few years later to create more water flow and make it easier to fish from the new swim that was created. My next trip was a three nights in July ’05 with my wife Linda. This time John had secured an old caravan and awning, so mainly fished the days. Same thing with the two mid-thirties and small doubles caught with the trusty Rosehip. John was by now introducing a fish meal bait, but the passion chat was still a problem.

My next trip was in April ’07 with things moving along, with John’s woodworking skills creating the lovely lodge that John and Mave live in today. This was a working holiday with me tiling the walls of new shower block and planting some trees to the right of the Entrance with Mave. My chosen swim this time was the Gate swim just inside the entrance, with lots of overhanging trees and snags. This time we were going to start moving some of the stock caught to a lake up the road that John had been assured he could take of as part of the complex. The fishing was brisk with plenty being caught, the challenge for John was deciding which fish should be removed as they were all nice looking carp. But to create a fishery people want to drive to needs big fish, and that meant reducing the stock significantly. Those few days we moved 18 carp to the lake we now know as Serene 3 or Lac Des Roseaux now run by Gav Unwin.

I didn’t go back to Serene to fish again until 2010. We often called in on our way back from The Der to see John and Mave to catch up and eat one of Maves legendary breakfasts. This time John had secured the second lake on the complex Lake 2. It was late October with overnight frosts, there were a few known big fish already in this lake with a much lower stocking level. It was hard going, with few signs of fish. The weed was thick, so placing the baits by boat was critical. I found a spot right under the trees that had been cleaned out. I placed John’s bait that he been feeding the lake with: a few chops right next to the weed masking the lead. Late afternoon the next day a slow take signalled the start of an epic battle as this fish went from thick weed bed to another. The fish was eventually landed safely in the boat after getting over the weed and easing the fish and weed into the net. It turned out to be the biggest fish in the lake at the time, normally going over sixty pounds, it was a fraction under this time.

Back on the Ferry..

I haven’t fished Lake 1 or 2 since as they’re generally booked out to regulars, choosing instead to try locations like Villedon and Chateauroux. After speaking with John on the phone he told me after all those years he had got the lake up the road that we had stocked years before. We arranged to have a go on there before it officially opened. No sooner had I put the phone down after John’s conversation, I rang Simon to tell him we were off to John & Maves again. As usual I booked the ferry; I do enjoy the ferry with breakfast on the way. It had became a bit of a ritual and it’s a lot cheaper than the tunnel, particularly as a frequent user with ongoing discounts.

With the lake to ourselves we opted for a swim either side of the overhead electricity pylons that stretched across the centre of the lake. I had come across this a few times before in France, It always seemed to produce a few bites. We had the use of a boat as it was very weedy. Baiting up and placing rigs in the few clear patches was the way to go with the boat. As it turned out, we had to land every fish from the boat, with the weed so thick. But once over, the fish in the boat, the task to land them was much easier and safer for the fish. No fish lost adopting this method with every take. John provided the bulk of the feed with his trusty particle mix which he like to have matured a little lol.

Decent Haul of Carp on a Long Weekend

Takes came at regular intervals from the first evening with a lovely uncaught 32lb mirror. There were some catfish in the lake John wanted removed if caught. We did catch two on my new fish meal bait from Mistral baits. The long weekend session produced ten lovely pristine carp with eight mid to high thirties, one high twenty and a forty four pound mirror carp to top off a great weekend. We did get back to the lake the year after with our wives as a social and me digging in a cable for the new lodge to be built with the hired digger on site. This was also a great session catching commons and mirrors to nearly fifty pounds. The lake is now called Lac Des Roseaux run by Gavin & Tonia, who live in the new lodge. A lovely safe environment with plenty of big Carp to be caught to over sixty pound.