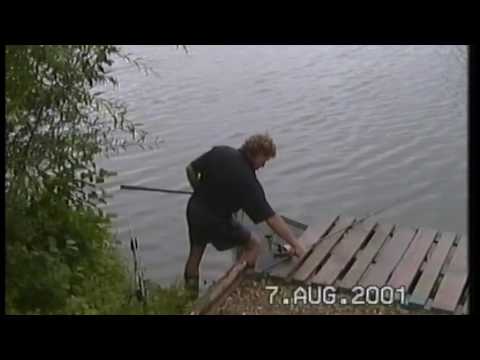 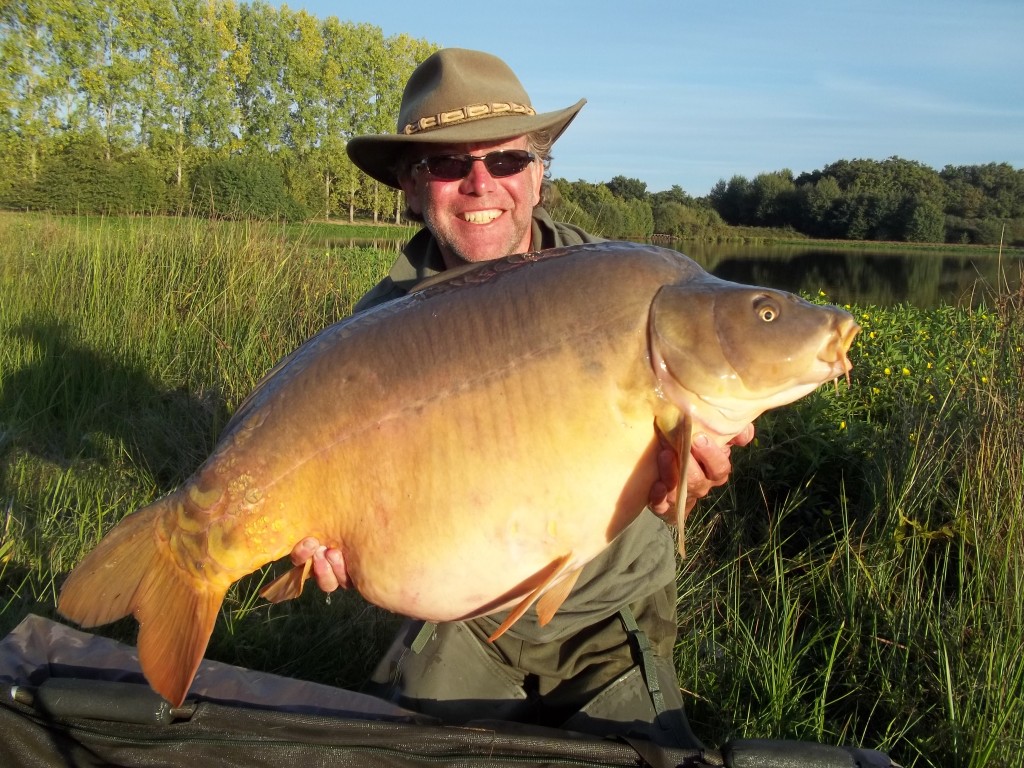 One of the reasons for writing these blogs rather than putting them in magazines or newspapers as an article, I’m not subject to any editors worries about the relationship between for instance in this case Lac de Villedon who may advertise in the same mag or paper, this seriously compromises what you can put into words, that was the main reason for me to stop writing in publications. The same with bait, but I will leave that one for another day. Having said that I’m free to write what actually happens on my trips doesn’t mean it’s all negative, far from it, it’s just warts and all that goes with carp fishing in France, perhaps outside our comfort zone.

Here’s a quick video that I put together to show how I net the carp – often the most critically overlooked area of carp angling: 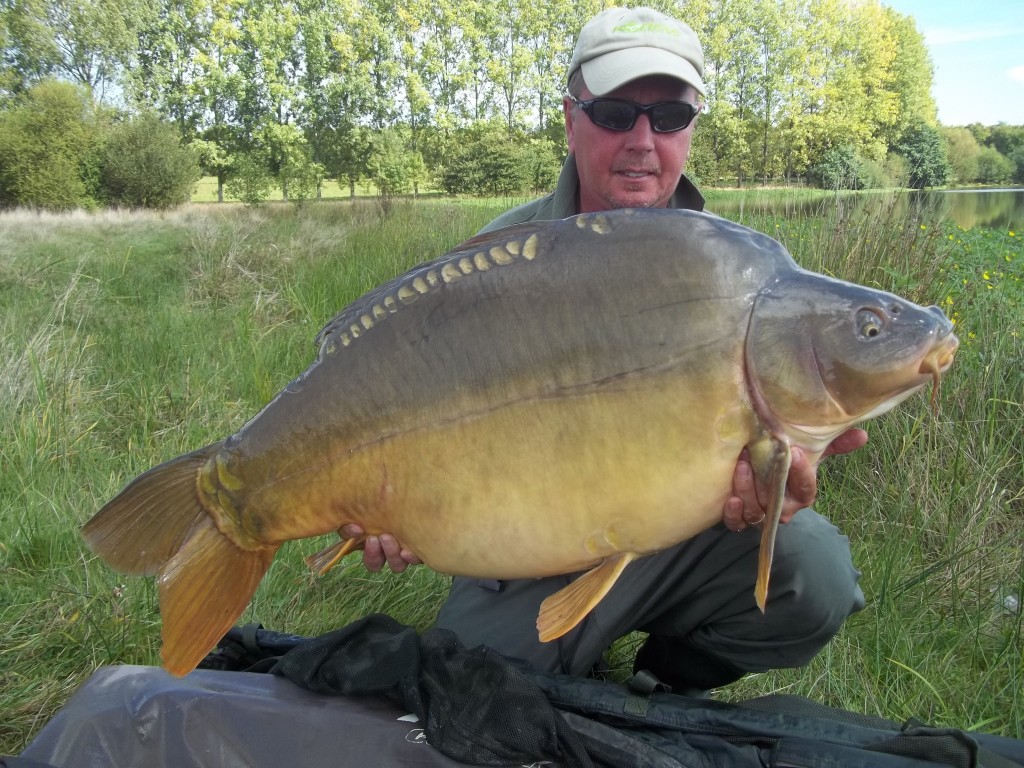 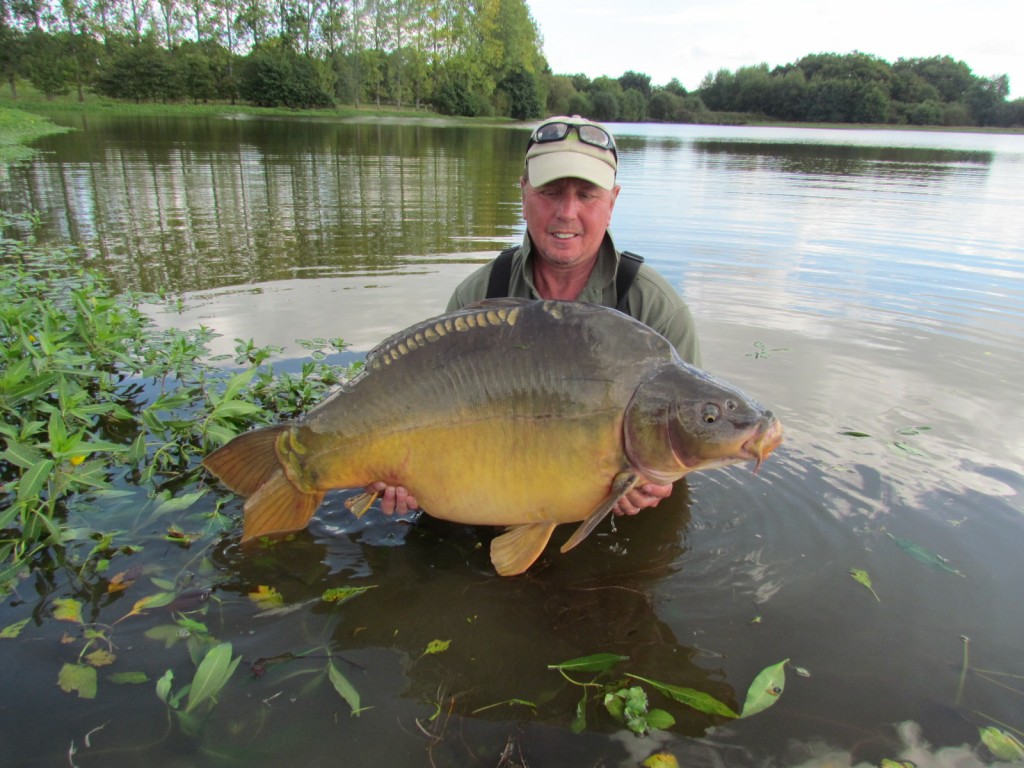 I came across an article on Facebook about a new French super-water. I’m always interested in new waters in Europe. The more I found out about this place the more interested I became. So I was one of the first English anglers to book a trip to go carp fishing in france at lake Villedon. Me and good friend Simon had another trip to plan for. Word of warning here if you are buddying up with a friend, one of these trips will soon sort out how good your friendship really is, so choose wisely. Simon and me fish as a team, not trying to out do each other, and in some instances share our captures if we are boating out a long way, as we have done in the past. 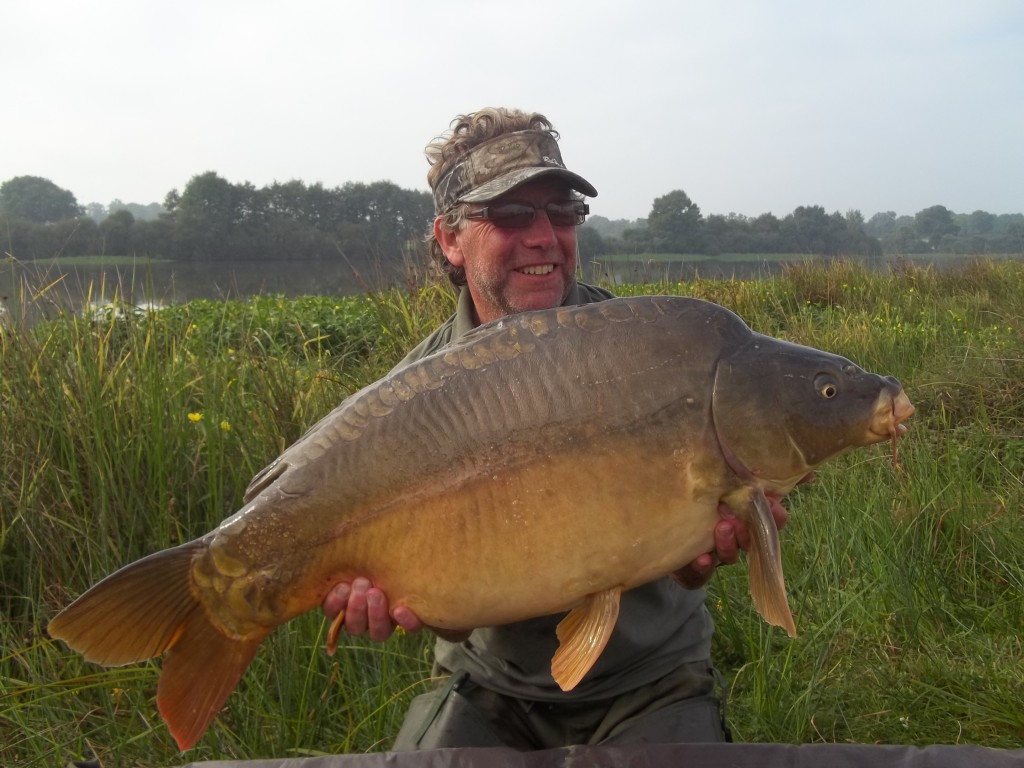 Villedon seemed to have all that we look for in our French fishing, large fish in a big water scenario where the use of a boat is essential. We had pre-booked our swim, not something we like doing but this is how it works at Villedon. So being the miserable gits we are, the furthest point away from everyone seemed like the plan. The fish in this water had a reputation for moving very quickly on the wind, so our thinking was if we got lucky where we had booked, we could possibly have the top end of the lake to ourselves on a south westerly wind, or as far as we could work out from the map on their website. 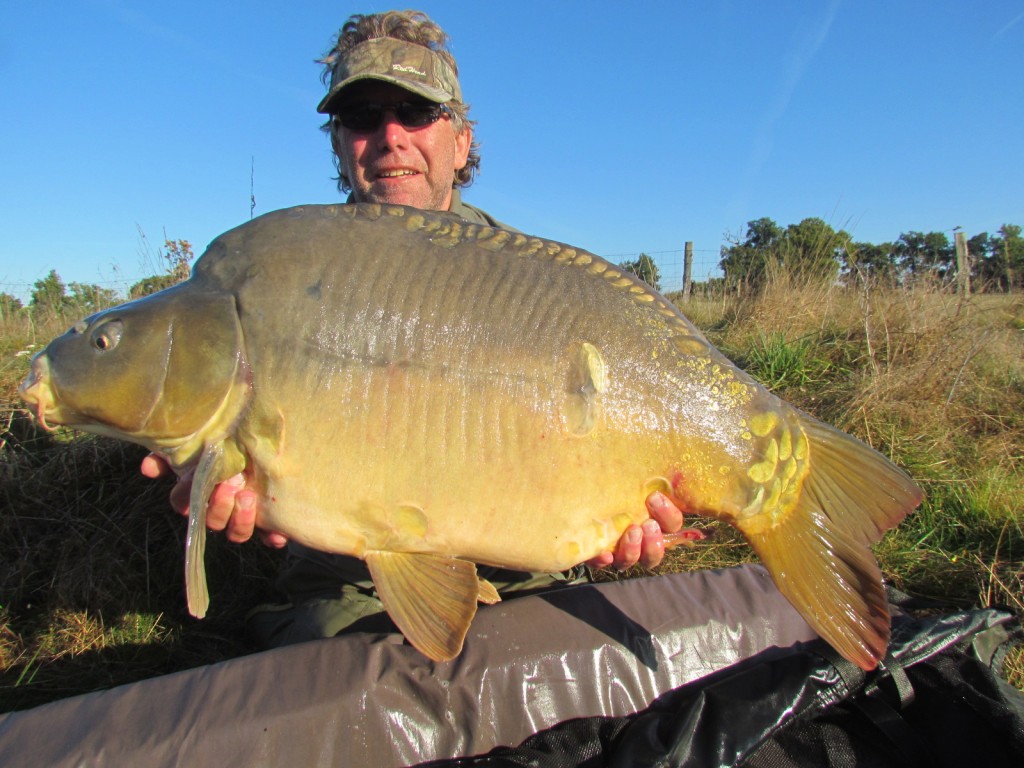 Another good catch at Villedon in France.

We always travel overnight to go carp fishing in france when the ferries are the cheapest, have a slap up breakfast on the boat ready for the long drive. We take it in turn to drive so we only stop for a comfort break and a bit of a stretch. One word of warning here is try not to stop in the areas that don’t have any other facilities other that a toilet. Always stop at a main service station, it’s safer. Always be on your guard for thieves and at worst being held up for all your belongings. Im not trying to scare anyone, just be on your guard and don’t get involved in any conversations with people you don’t know. Having said that we do meet a lot of carp anglers on our travels, just make sure they are legit. We arrived at the lake after about an hour looking for the water; the directions once we got into the area were not great. It took us about 8 hours in all. 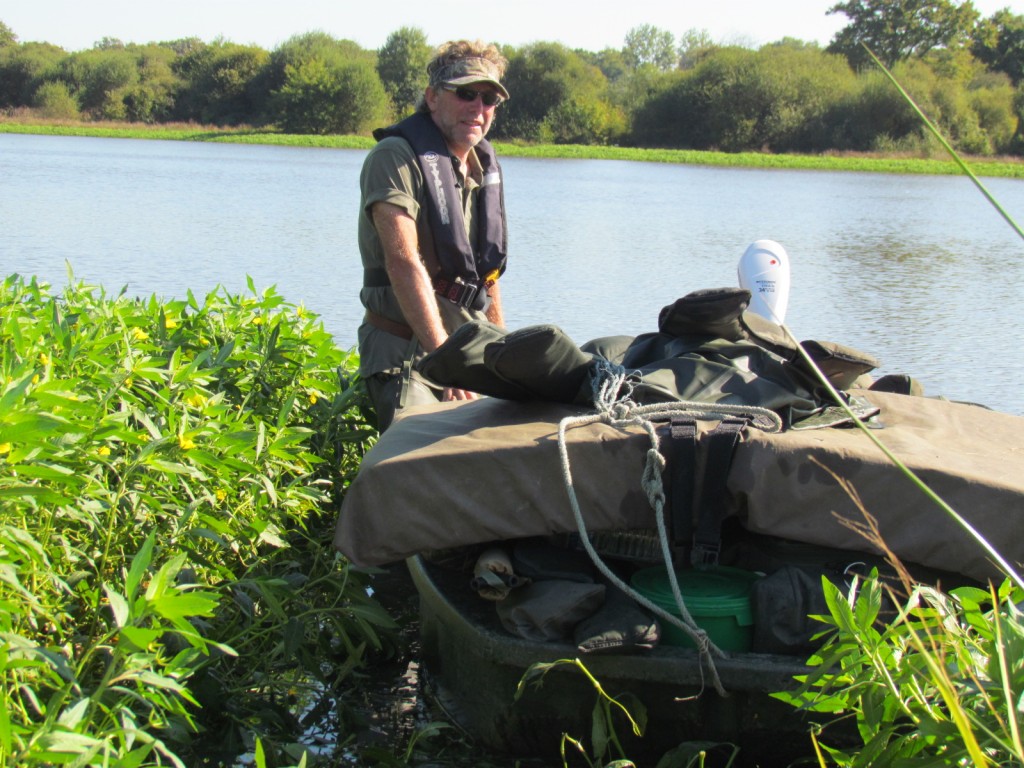 Getting the boat loaded ready for the OFF.

The welcome was very good from both the Dutch lads that work there and the English agent who had also booked on for the same week as us. The boats are up to the job, we used two, one heavily loaded with all of our gear and ours for towing all the gear in one go up to the top end of the lake. The slight issue we had was to get to and from our swim we had to negotiate the minefield of markers put out by all the other anglers on the lake. I’m sure some were a bit agitated by our movements when a trip down to the shop was necessary. We chose not to use markers in general, but decided after a couple of days to mark with one stick where the river bed was at its deepest, around 3 ft at best. The problem we didn’t foresee was how shallow it was at that end of the lake. This was a bit of a challenge to find water deep enough in our opinion to catch some of the larger residents. 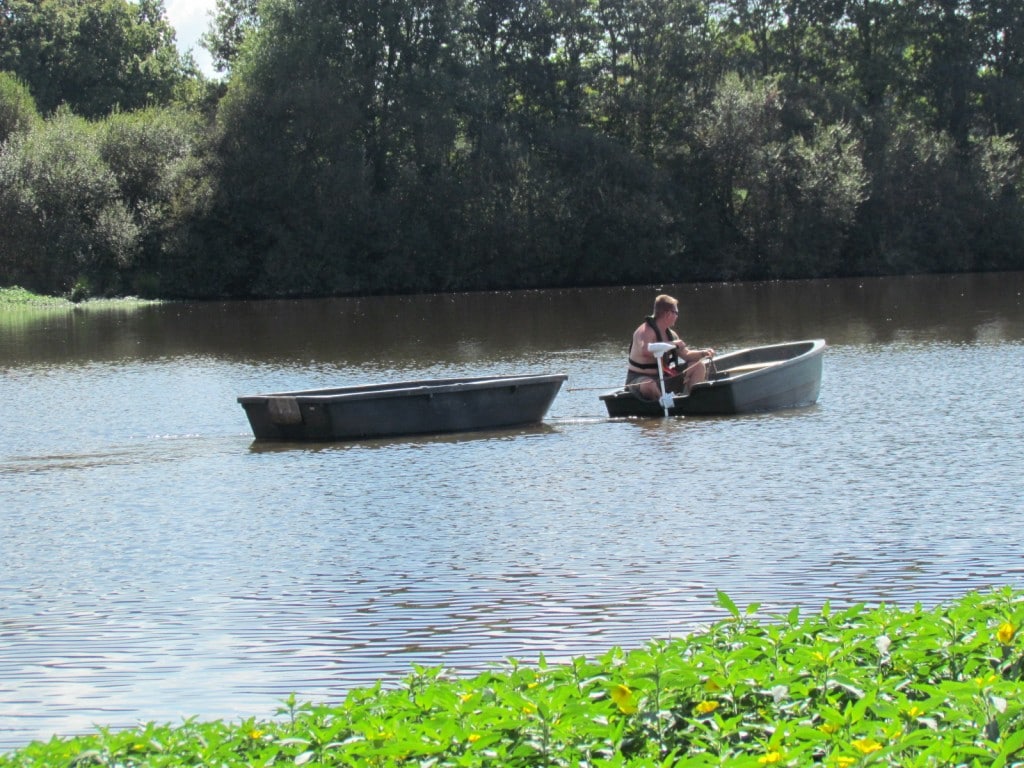 Taking the spare boat back after the long haul on the first day. 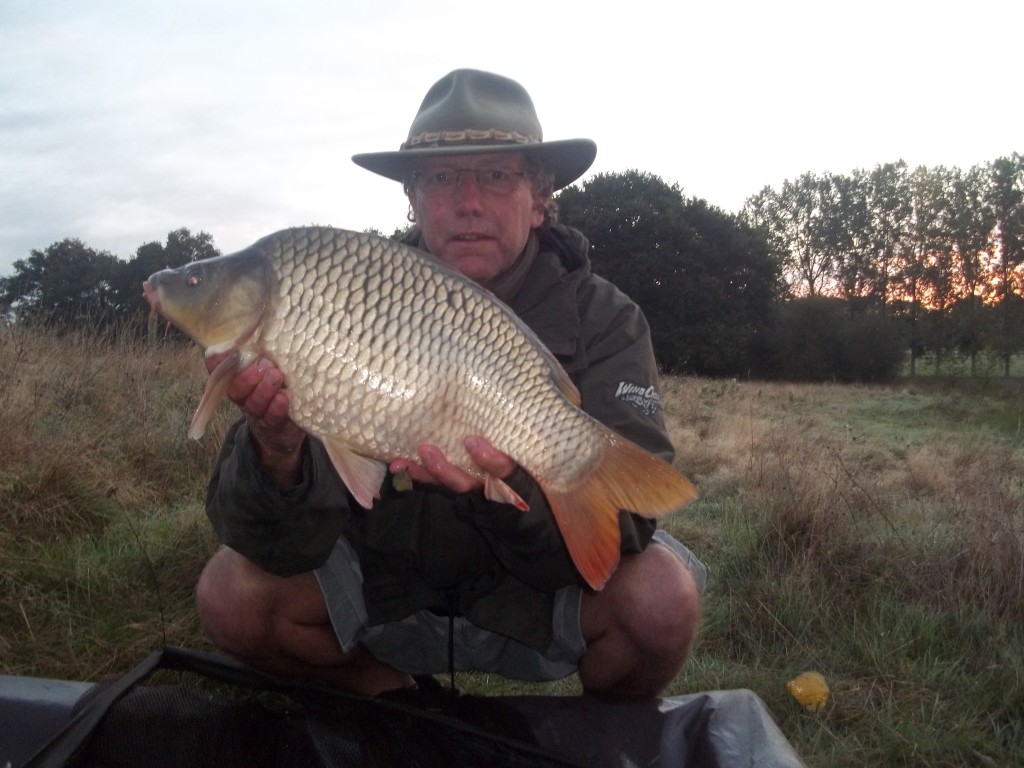 one of the smaller commons.

The first night started well enough, catching three carp to mid thirty lbs, with the other two 18 and 20 respectively. All three from about 2 feet of water. The next couple of days was a bit disheartening to say the least, the wind didn’t materialise, in fact blowing down the other end of the lake. We did manage a few small doubles in the old river bed by the dam wall, so I decided to follow the old river bed to find some deeper water slightly to our right back down the lake. One marker went out and then the area was baited heavily with chopped fishmeal boilys, in the hope that the wind would be kind to us and blow our way bringing big shoals of carp with it. 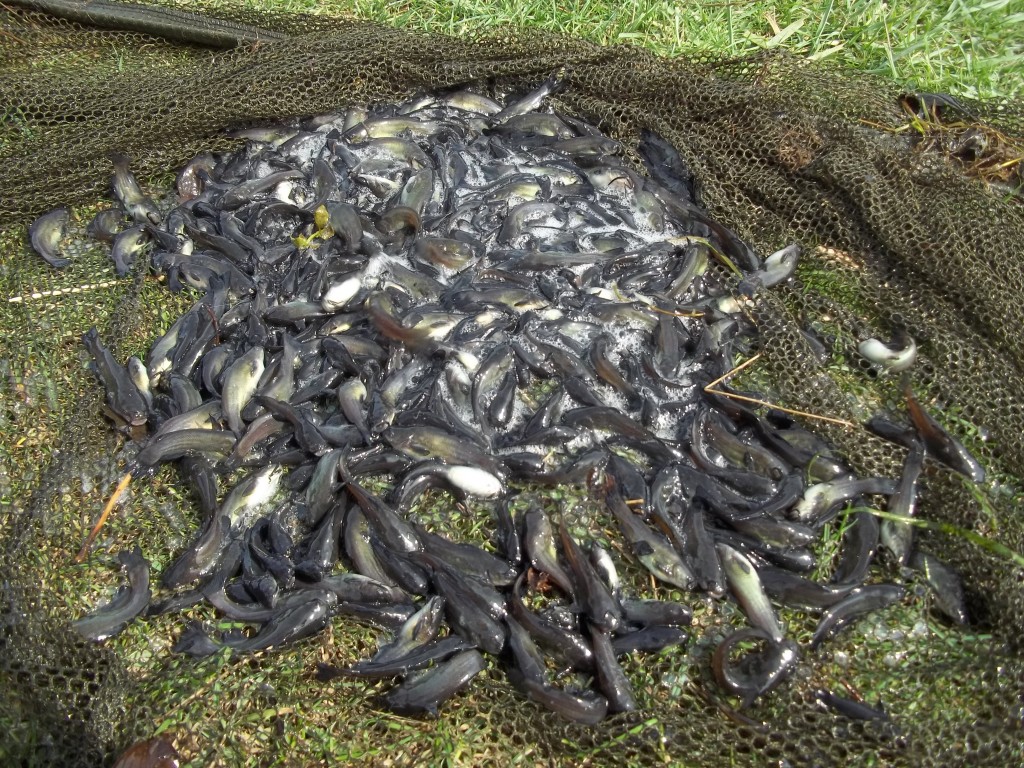 We netted some of the pesky chat just to satisfy our curiosity as to what was nicking our baits.

Following on from my Villedon blog, the other problem we had was poison chat, we were assured that this wouldn’t be a problem, they were abundant in the shallower water in front of us. Our original bait choice was just not lasting more than a couple of hours, we always carry an alternative just in case of this happening, our fish meal air dried garlic baits held up most of the time, the other hooks baits that seem to stay on in this scenario are the good old rosehip from mistral baits. The Wednesday looked good for a blow in our direction straight up into the old river bed, all eight rods went off one by one as the fished moved onto our big baited area, to say it was manic would be an understatement, we had the largest fish of the trip during this spell with three upper forties in the slings. We had a few more fish during the rest of the week, we pulled off on the Friday a day early due to some bad news from home I just had to deal with, we finished up with 23 carp in all and a very enjoyable time we had away from the madding crowd in the middle of the lake. We did encounter a few rats but nothing we couldn’t deal with! 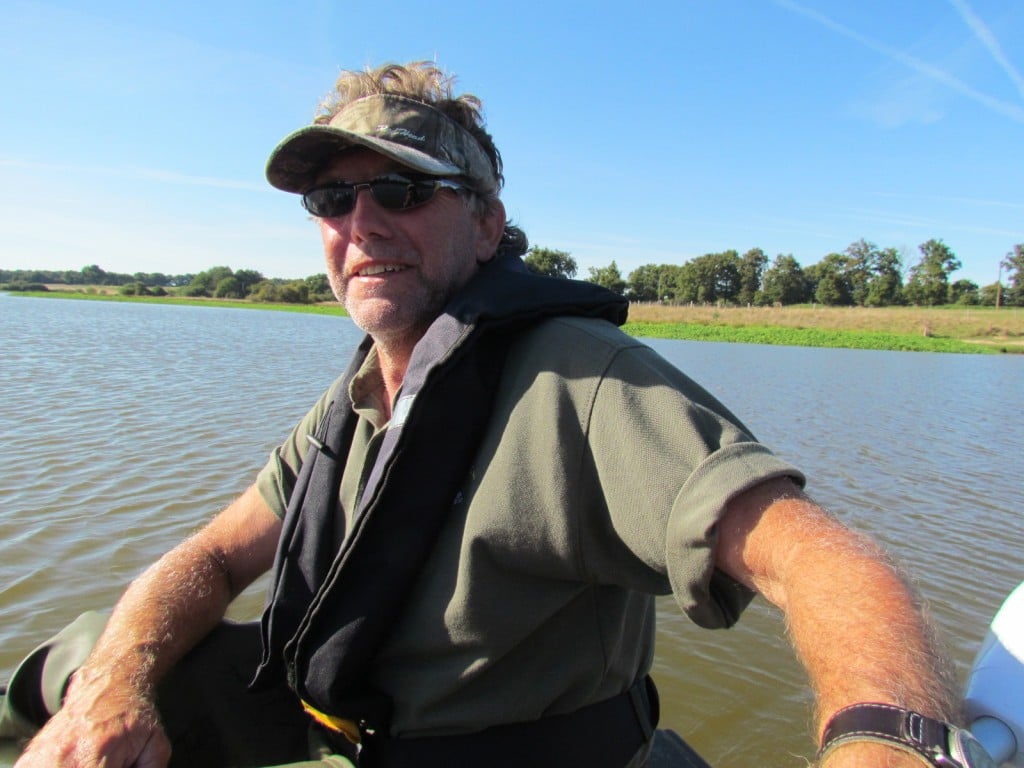 Tips for Carp Fishing in France

A few things that may help if you thinking of a trip to Villedon: We used shimano black sinking line, this enabled us to catch when the fish moved across us from our right without spooking them. We had a couple of our own batteries for the boat we hired and still didn’t have enough life left to get back the mile or so of lake to the docking area, so take your own batteries. It wasn’t a problem for them to change batteries, they just wasn’t up to the job. We used the big unhookinging mats provided as a sail, the wind was again blowing away from us down the other end of the lake. we used a variety of sinking tubing at the rig end with small 2oz flat leads to combat the silt,the hook link material was the solar sinking braid in 20lb. Hookbaits were mainly bottom baits with a trimmed pop up to allow it to sink and look like it’s been chewed up, don’t know if the chewed up bit is relevant but the rig worked very well, we landed every take we had.

We did use a bait boat as often as we could do keep disturbance on the water down to a minimum in the shallow water and silt. This was my first outing with a bait boat, pot calling the kettle black and all that, as I’ve banned them on our syndicate water. 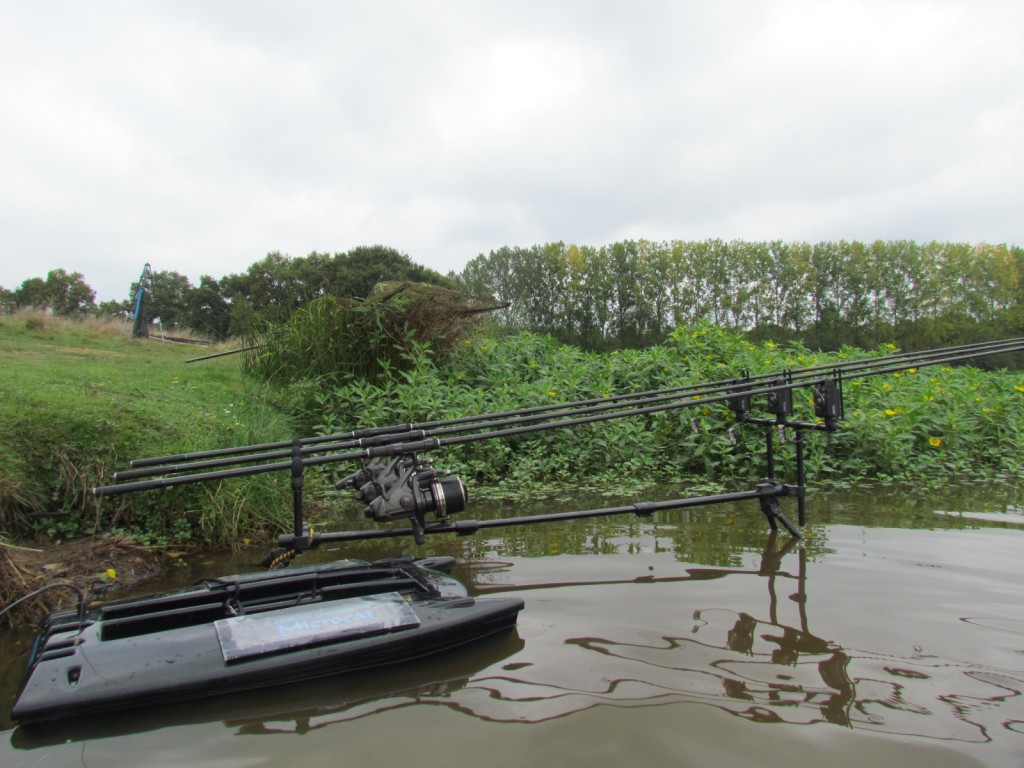 Well I hope that helps and good luck.
Trevor