Why we Need to Fix Carp Angling Today 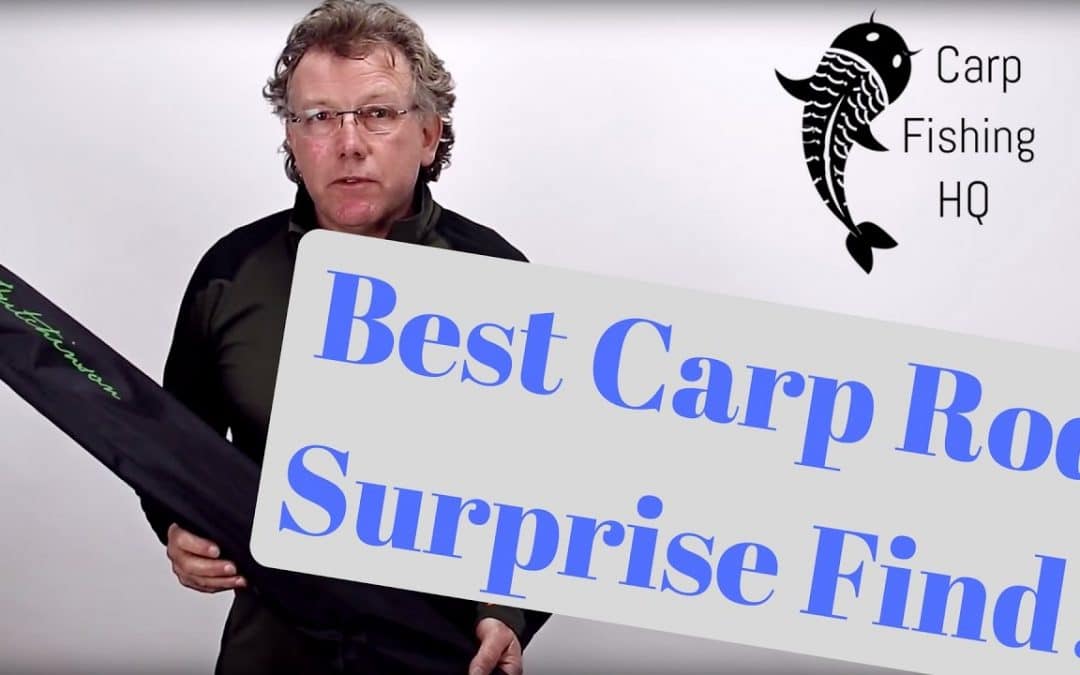 I’ve been around carp angling from the days when we made most of things we needed on the bank at home, my first carp sacks were made by my missus out of net curtains. An umbrella with home made side panels was about as luxurious as it got in winter. I do remember making some great monkey climbers out of the green LED’s found in the RAC phone booths located at the side of the road. In this article we’ll look at the surprising truth on the best carp angling rod & best carp angling bait around today.

In the above video, you see me look at a suprisingly good carp angling rod that punches above it’s weight, “The One” by Rod Hutchinson, at a great deal from Go Outdoors. <Update January 2019> Go Outdoors and all other retailers appear to be out of stock of this rod. We will keep monitoring and will post an update as soon as it is back on the market.

We are now bombarded with advertisements in mags, Facebook and other new media streams, apparently we can’t now do without. Self-proclaimed tackle experts telling us how the new this or that is going to put more fish on the bank. The main reason for writing this blog on why we need to fix carp angling today is a recent experience in France around bait testers and a conversion with someone making a living from the fishing trade.

The fella from the bait company was having a great session on the maggots catching some great fish. I’m always pleased for anyone getting amongst the fish. But then I witnessed something I really disagree with: he was telling every one what a great bait his company had produced, now doing the business. Now this really gets my goat, I’ve probably fallen fowl of these blatant lies myself. Winter carp angling is difficult at the best of times, when an angler reveals his bait and methods, we all have no reason to disbelieve what we are told.

When in a discussion about this sort of stuff with another fishing related person in the trade said “ well its all part of fishing now” its all about selling stuff. Most of this stuff we just don’t need. I’ve unfortunately had all my gear stolen a couple of times, I won’t go into details. So I’ve mostly accumulated some decent second hand stuff to get fishing again.

Carp Angling Equipment on a Budget

I recently bought some For just over forty quid. Now most of the stuff written about rods would have us believe we need to spend two or three hundred quid a rod. Having been a tournament caster when I was much younger gives me the knowledge about what’s needed to cast a bait. I’ve had these rods from Go Outdoors a few months and caught 3 forties 7 thirties a dozen or so mid doubles to mid twenty and a 55 common. The waters I’ve been fishing are full of weed, so they need to do the job because of the increased weight on the line. I could go on, if money is no object then maybe it’s nice to be the best kitted out carp angler on the bank, but most of us fish on a budget and most of the tackle we need can be bought for a reasonable price if we ignore all the hype around some of the tackle that is advertised.

That’s my two-pennyworth for now – possibly a little contentious, drop me a comment if you have an opinion! Tight lines, Trev.